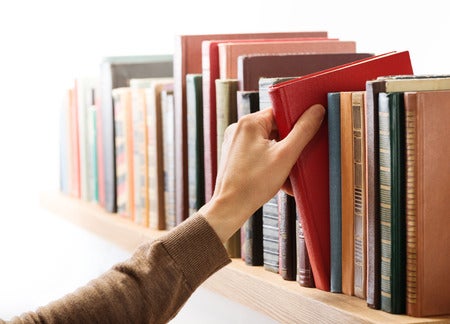 The woman returned two books six months ago after learning she could not use a library printer because they were overdue. INQUIRER.net stock photo

CHARLOTTE, Mich. — A mid-Michigan woman was seeking a promotion, but learned she was named in a warrant for failing to return books to her local library.

The Lansing State Journal reports Thursday that Mindy Jones’ boss was doing a background check when he came across the misdemeanor warrant. The 27-year-old Jones told the newspaper “this is kind of extreme for two library books.”

Jones says “Where the Sidewalk Ends” and the “Night” trilogy were checked out in 2017. She returned them six months ago after learning she could not use a library printer because they were overdue.

The warrant was issued two years ago. Jones said she learned about it on Tuesday. She faces up to 93 days in jail or a $500 fine.

It was not clear if Jones received the promotion.

Charlotte is about 110 miles (177 kilometers) northwest of Detroit. IB/NVG