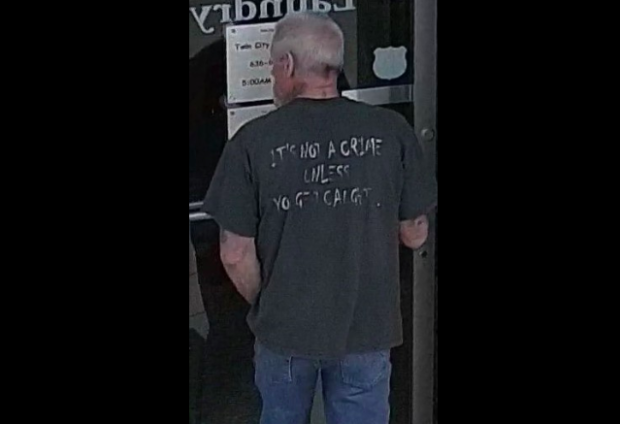 A man who wore a statement shirt saying “It’s not a crime unless you get caught” just got caught committing theft in Missouri, United States. He stole change from a laundromat’s vending machine, and got caught doing so by the surveillance camera.

Twin City Coin Laundry informed the public of the theft yesterday, Oct. 30 in its post on Facebook. The establishment urged the people to contact them or the police if they recognize the wanted man.

He apparently broke in, unlatched some parts of the vending machine, then bagged 15 pounds of coins before walking out, as per report. Cha Lino/JB