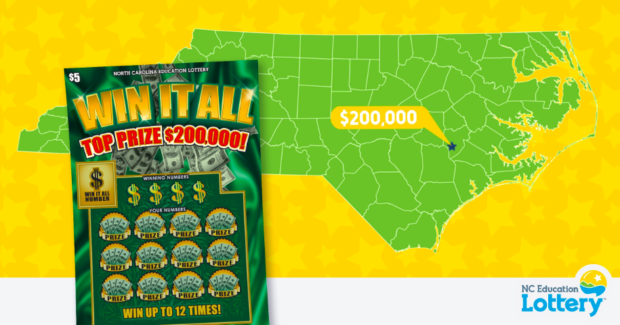 A cancer survivor’s last day of chemotherapy became even more unforgettable when he won the top prize worth $200,000 (P10.2 million) in the local lottery.

Ronnie Foster from North Carolina, United States bagged the jackpot in the Win It All scratch-off, the state’s lottery commission (@nclottery) announced via Twitter today, Oct. 29.

“Winning this made it my lucky day,” Foster was quoted as saying.

For Ronnie Foster of Pink Hill, a good day turned into an unforgettable one when he bought a Win It All scratch-off and won the game's top prize of $200,000 while on his way to his final chemo treatment. “Winning this made it my lucky day,” he said. https://t.co/RWTQlTWRwj pic.twitter.com/7WK5Mjprqc

The man battling colon cancer was on his way to his last chemo treatment when he bought the ticket, according to North Carolina Education Lottery’s press release via New York Post last Sunday, Oct. 27.

Foster was a retired worker from the Department of Transportation. Apparently, he could not believe what he saw when he first scratched the card with the winning combinations.

“I saw all those zeros and I froze,” Foster said in the report.

The only time the cancer survivor believed his luck was when the lottery clerk told him, “Go to [the] lottery headquarters,” after he showed his scratch card.

Aside from conducting lotto games, the North Carolina Education Lottery is also known for donating 35% of its income to the state’s education programs. Cha Lino/JB