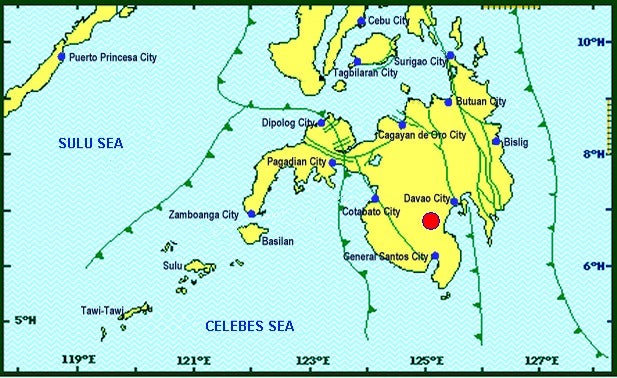 MANILA, Philippines — A 5.0-magnitude quake struck Cotabato and parts of Mindanao on Friday afternoon, a day after a powerful tremor hit the region that claimed the lives of five and damaged buildings in the province and Davao City.

In its earthquake bulletin, the Philippine Institute of Volcanology and Seismology (Phivolcs) said the quake hit 18 kilometers (kms) east of Makilala, Cotabato, at 2:07 p.m.

Other intensities recorded are as follows:

It was tectonic in origin and had a depth of 2 kms. Aftershocks are to be expected, Phivolcs said.

It was also tectonic in origin and was 15 kms. deep.

No damage or aftershock could be expected from the latest Davao del Sur quake, Phivolcs said. /jpv