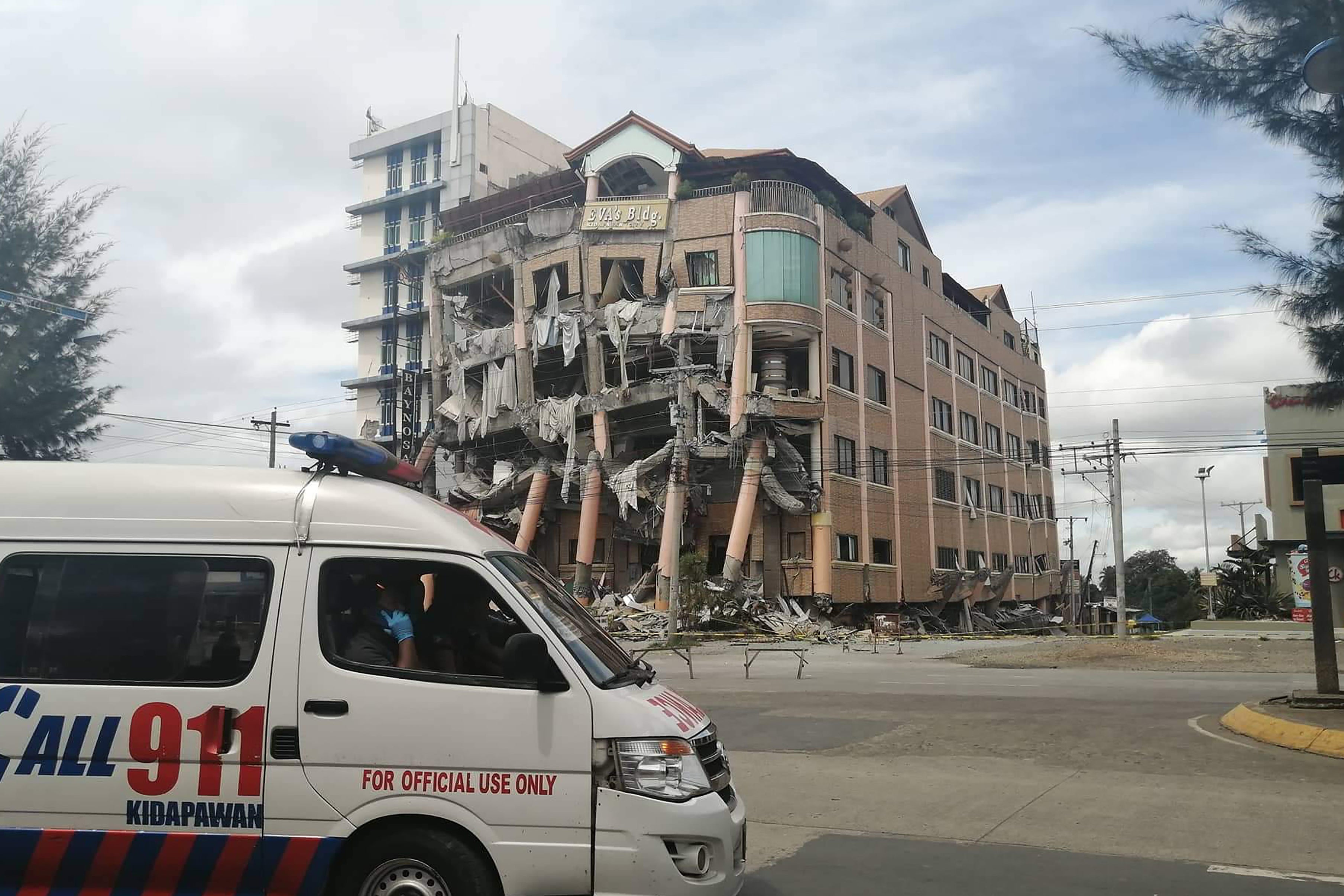 A building damaged by a 6.5-magnitude earthquake is seen in Kidapawan on Thursday.  (AFP)

MANILA, Philippines – A powerful earthquake pounded Tulunan, Cotabato and other parts of Mindanao anew on Thursday morning, the Philippine Institute of Volcanology and Seismology (Phivolcs) said.

A hotel in Kidapawan City sustained heavy damaged and nearly collapsed due to the latest earthquake.

Damaged buildings were likewise reported in Davao City and other parts of Mindanao.

The other intensities measured are the following:

The earthquake was tectonic in origin and had a depth of 6 km.

Phivolcs warned of possible aftershocks and damage to infrastructure.

The strong temblor is the latest in a series of earthquakes that rocked Cotabato and nearby province and left at least seven people dead and caused significant damage to property. /gsg 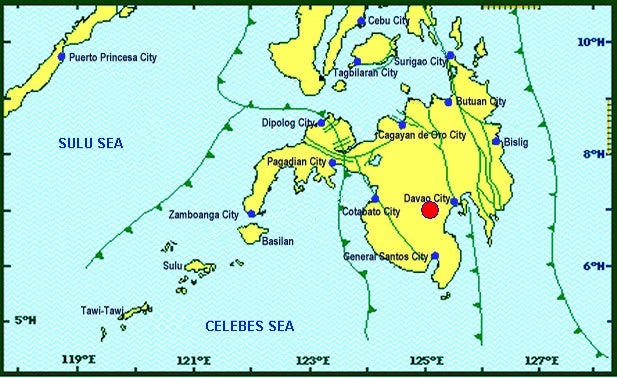