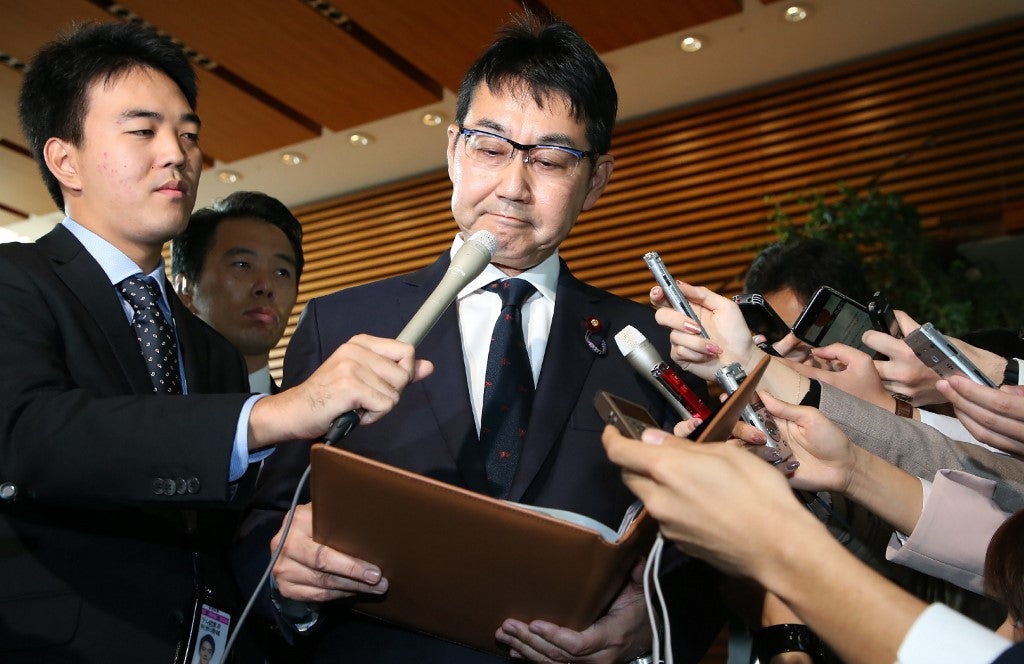 TOKYO, Japan — Japan’s justice minister on Thursday became the second cabinet member to quit in a week, after allegations his wife broke election law while running for a parliament seat.

The move came after the Shukan Bunshun tabloid magazine reported allegations that the minister’s wife Anri Kawai paid staff members a daily allowance that exceeded the amount permitted by law.

The resignation comes a week after Abe’s trade minister Isshu Sugawara quit his post after a magazine report alleged he gave voters pricey gifts including melons and crabs.

Kawai denied any wrongdoing but said stepping down was the best decision under the circumstances.

“Neither my wife nor I were aware of the issue, and I believe I’ve been carrying out political activities in line with laws,” he said.

“I will investigate the issue and explain, but in the meantime public trust in the justice administration will be lost,” he said.

Abe separately offered an apology in remarks to reporters for having appointed Kawai during a recent reshuffle that also brought Sugawara into the government.

Abe’s cabinet has maintained public approval ratings of around 40-50 percent in recent years, despite several political scandals, with experts pointing to the continued weakness of the opposition as a key factor.