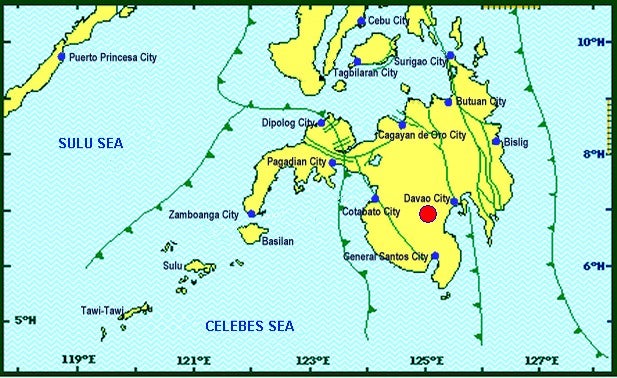 The earthquake had a depth of 8 kilometers and was of tectonic origin. 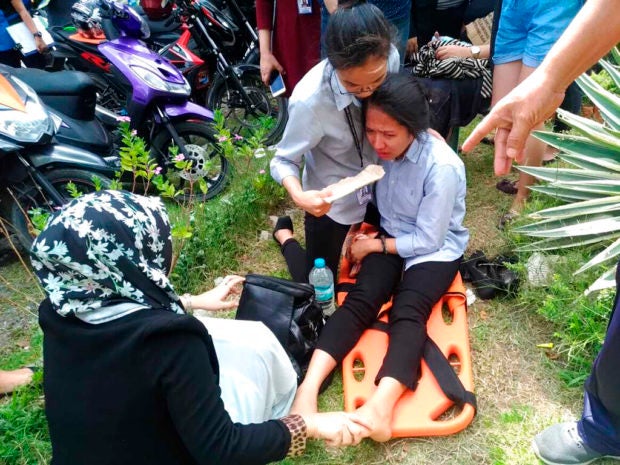 The earthquake struck 13 days after a devastating magnitude 6.3 earthquake jolted the same town on October 16 which left at least 6 persons dead and scores injured.

Two persons died and another one was wounded after they were run over by rolling rocks in Barangay Lanao Kuran in Arakan as a result of the Intensity 6.4 earthquake in North Cotabato. PHOTO/ Ryan Rosauro, Inquirer Mindanao

Tulunan Mayor Pip Limbungan immediately declared the suspension of classes in all levels in public and private schools on Tuesday and Wednesday to give way to the inspection of structures for possible damage.

Tremors were likewise felt in other parts of Mindanao, including the Davao region.

Patients of hospitals in Kidapawan City were evacuated to the city square. /gsg