DAVAO CITY –– The ground floor of one building of the posh Ecoland 4000 Residences here caved in Thursday morning amid the 6.5-magnitude quake that struck off Tulunan, Cotabato at 9:11 a.m.

A flash report of the City Disaster Risk Reduction and Management Office (CDRRMO) said at least four persons were wounded in the incident.

An undetermined number of residents are believed to be trapped inside as search-and-rescue operations went on as of posting.

Volunteers and rescuers retrieved many residents from the rubble.

The 6.5-magnitude temblor was followed by four more tremors in 22 minutes.

Five were confirmed dead due to the quake, according to the Office of Civil Defense in Soccsksargen. Authorities said at least eight persons were hurt, including the four in Davao City.

In Kidapawan City in Cotabato, parts of Eva’s Hotel, which sustained cracks from previous quakes and aftershocks, collapsed due to the fresh tremor. 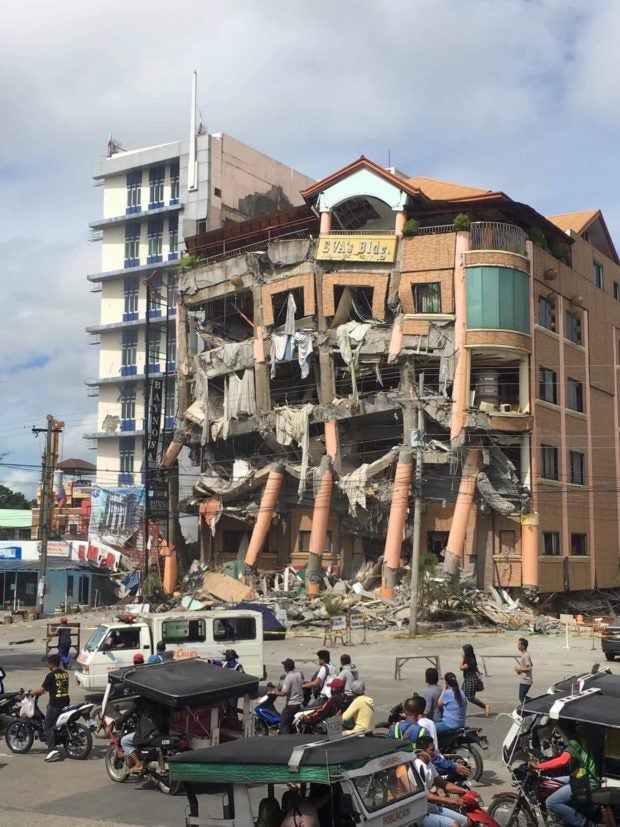 Kidapawan Mayor Joseph Evangelista said no one was inside the hotel when the incident took place.

In Digos City in Davao del Sur, the Triple F Store collapsed, hurting two of 36 employees who reported for work on Thursday. 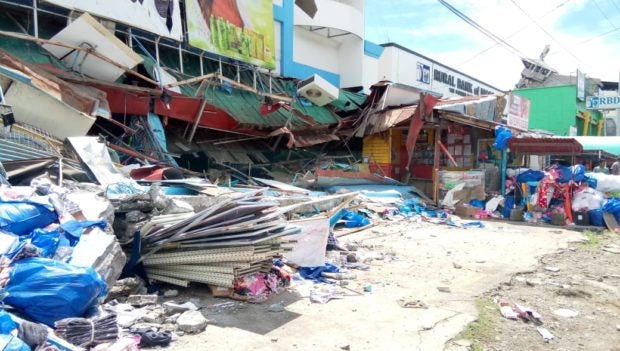 The workers were hauling merchandise out of the store when the quake struck.

In Makilala town in Cotabato, Batasan village chief Cesar Bangot was killed when he was trapped inside the barangay gym that collapsed, according to Vice Mayor Ryan Tabanay.

The Department of Social Welfare and Development in Region 12 also said Romel Galicia, 20, of Barangay Luayon died as a tree fell on him, while Precila Varona of Barangay San Isidro was killed after being buried by debris as the concrete wall of her house collapsed.

In Magsaysay, Davao del Sur, John Samuel Masamlok, 4, of Barangay Malawanit, was wounded on his forehead when he ran away and fell amid the 6.5-magnitude quake, according to Magsaysay municipal information officer Anthony Allada.

Another person was rushed to a hospital in Digos City after being hit by falling debris inside a building.

Davao City Mayor Sara Duterte ordered the suspension of all classes in public and private schools––from kindergarten to post-graduate––for Thursday.

She also suspended work in government offices, and encouraged the private sector to do the same “to ensure the safety of the people.”

“The earthquake, which happened this morning, may have caused structural and electrical damage to buildings and houses,” she noted.