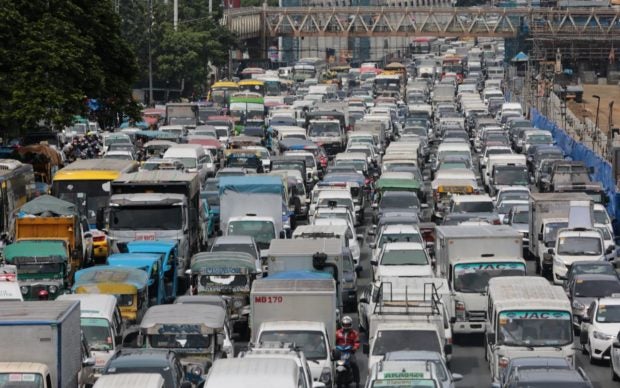 Metro Manila is set to be the worst place to drive in once again, and traffic will only get worse as Christmas approaches in Asia’s most congested metropolitan area.

According to September 2019 data from traffic navigation app Waze via Bloomberg, it takes about 4.9 minutes just to drive one kilometer in the nation’s capital, a significant increase when compared to April 2019’s 3.8 minutes.

Metro Manila is most likely to hold the title of the world’s worst city to drive in for the second consecutive year, according to Waze Philippines’ country manager Sarah Rodriguez. Metro Manila beats even Bogota and Jakarta, where it takes about 4 minutes to drive one kilometer, as Waze data shows.

As Christmas time is just around the corner, Rodriguez said Waze expects a 16% increase in kilometers driven and a 10% jump in the app’s 1.6 million active users come November and December.

“This is the time of the year when Filipinos travel the most and also spend the most time per drive,” Rodriguez was quoted as saying.

Filipinos now also have a new movement pattern amid the increase in vehicles and drivers in the capital. Traffic now steadily builds up on the day and peaks at night, according to Waze data.

“Two years ago, there were two spikes — morning rush hour and evening rush hour — then in-between there was a dip. Now, it has changed. There’s no more midday dip,” Rodriguez said in the interview with Bloomberg.

Patients have died inside ambulances in the past after being stuck in Metro Manila traffic, a September AFP report said.

Waze’s news comes as citizens clamor for a solution for the city’s traffic woes, whereas Malacañang has only recently denied claims that there is a “mass transport crisis” in the metro.

Presidential spokesperson Salvador Panelo earlier this month accepted a “commute challenge” to prove that there is no mass transport crisis as claimed by Bayan secretary-general Renato Reyes Jr.

It took Panelo nearly 4 hours to reach Malacañang from Marikina City on Oct. 11. After the commute, the spokesperson stood by his statement and told Filipinos to just be “creative” to ease their travel. Panelo, in another controversial remark, previously suggested to commuters that “If you want to arrive early (at) your destination, then you go there earlier.”