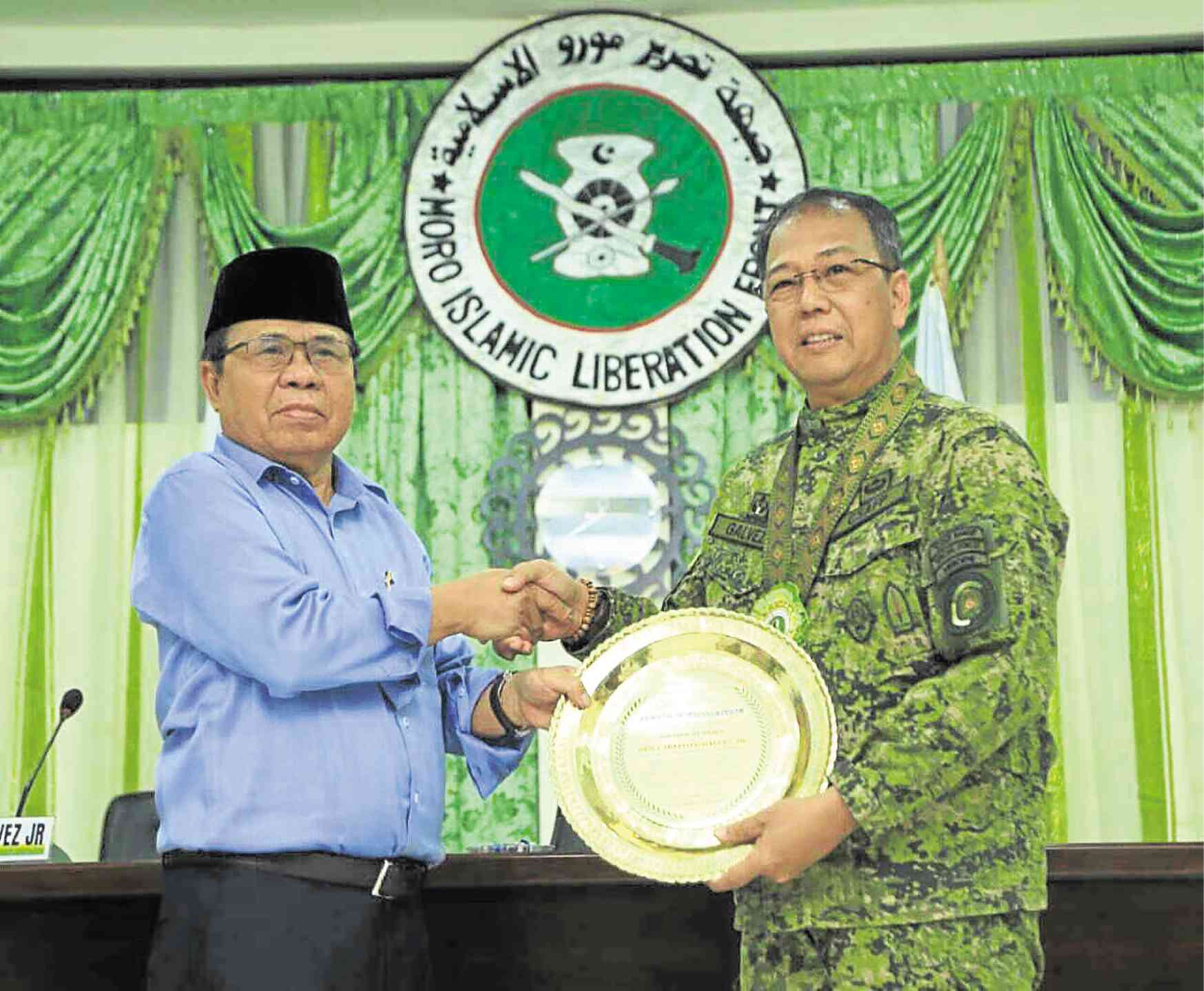 Some 6,000 men and women lined the 5-kilometer stretch to Camp Darapanan to welcome Galvez. The declaration ends a decadeslong conflict that cost thousands of lives in Mindanao.

Groundbreaking rites were held in the town of Minalin in Pampanga province for the construction of a P6-billion flood mitigation project dubbed the “Integrated Disaster Risk Reduction and Climate Change Adaptation Project.”

The project involves the construction of a 33-kilometer artificial river called the Third River, which aims to improve drainage systems of major rivers in Pampanga.

The man-made river will connect the Bungang Ginto River in the towns of Mexico and San Simon, Caduang Tete River in Macabebe town, and Sapang Maragul River in Masantol town.