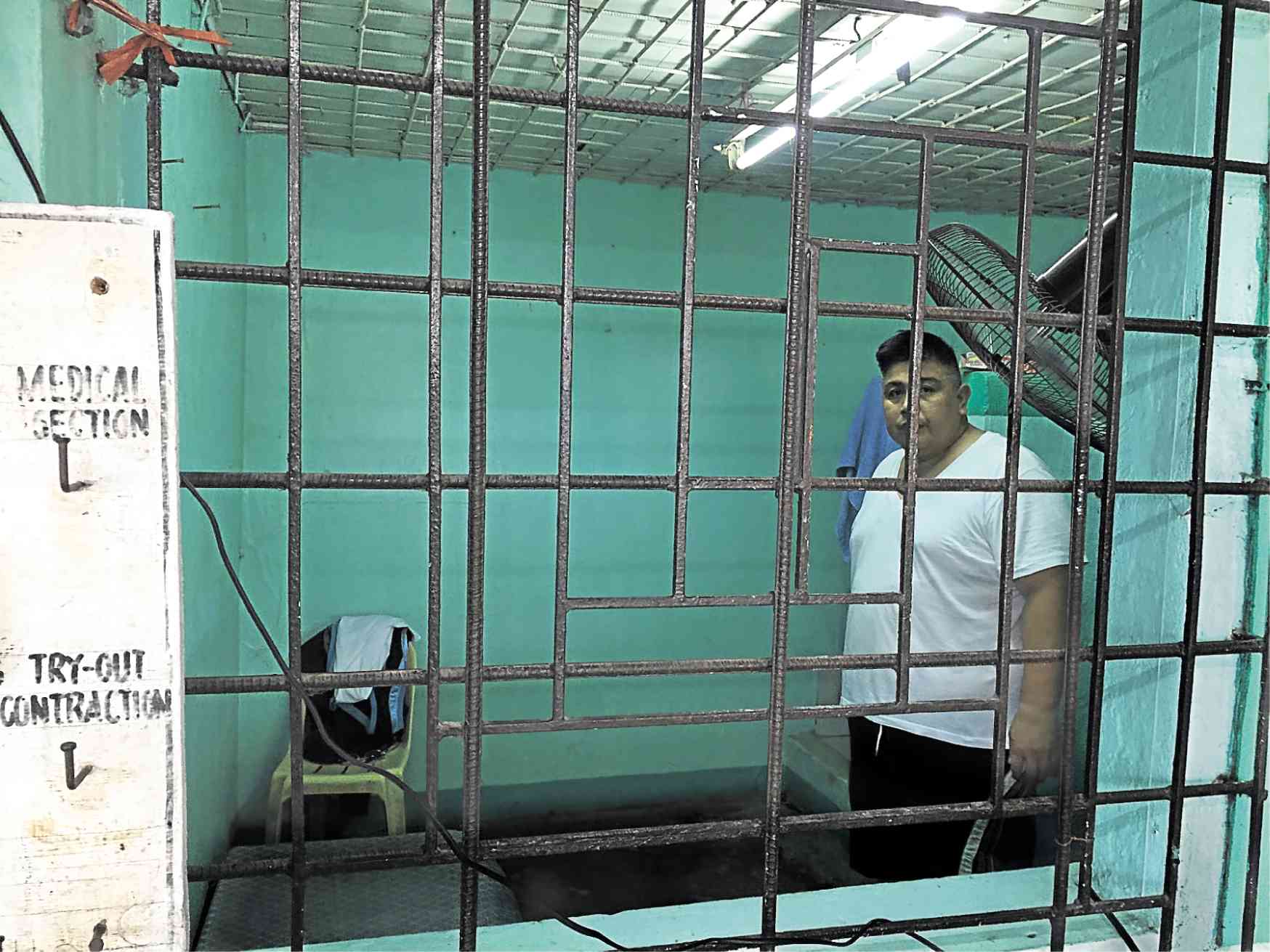 FOR BEING EVASIVE Police Maj. Rodney Baloyo suddenly became an “inmate” at New Bilibid Prison after he was was cited for contempt on Thursday by the Senate justice committee, which is looking into police corruption involving “ninja cops,” or officers who pilfer confiscated illegal drugs. —PHOTO COURTESY OF THE BUREAU OF CORRECTIONS

As the new Bureau of Corrections (BuCor) chief Director General Gerald Bantag formally assumed his new post this week, his first order of business was to relieve 300 men assigned to the New Bilibid Prison (NBP) whom he said were accused of “various irregularities.”

BuCor spokesperson Wena Dalagan said the men would have to undergo reevaluation and retraining to validate these reported irregularities.

She did not elaborate which ones or what sorts of offenses they are accused of.

They would also undergo refresher and reorientation courses to ensure that scalawags are weeded out from the maximum compound, she added.

They would be replaced by the more than 500 men Bantag requested from the metro’s regional police reserves to allow him more leeway to institutionalize reforms in the NBP.

But Bantag himself—an unassuming, quiet official who either dodged or gave one-sentence answers to questions from the press—didn’t elaborate about the reforms he had in mind, leaving National Capital Regional Police Office chief Maj. Gen. Guillermo Eleazar to explain what additional personnel were for.

Meanwhile, alleged ninja cop Maj. Rodney Baloyo, who was cited in contempt by the Senate on Thursday, will have to rethink his allegiances in the NBP, where he is currently detained for safekeeping.

Dalagan said Baloyo was “healthy and well” in his detention cell but had not received any visitors since he arrived on Thursday night.

Baloyo, formerly the Pampanga intelligence chief under then provincial police director Oscar Albayalde in 2013, is being questioned by the Senate for his alleged involvement in an irregular antidrug operation carried out by his subordinates.

However, his evasiveness under questioning prompted an irate Sen. Richard Gordon to declare him in contempt, initially planning to send him to the Pasay City Jail.

Asked whether it was normal for persons cited in contempt to be sent to the NBP, where convicts are imprisoned, Dalagan merely said they were merely following the Senate’s orders.

For now, she said, they have provided Baloyo with basic hygiene necessities and are still working out how to provide him food similar to other persons deprived of liberty (PDLs).

“Last night, the people on duty merely tried to work out food rations for him since he is not yet reported as a PDL but we have already processed the provision of regular PDL food for him as well,” Dalagan said.

Baloyo’s cell is located at the Reception and Diagnostic Center inside the compound, which is just a few meters away from the other security compounds where other PDLs are held.