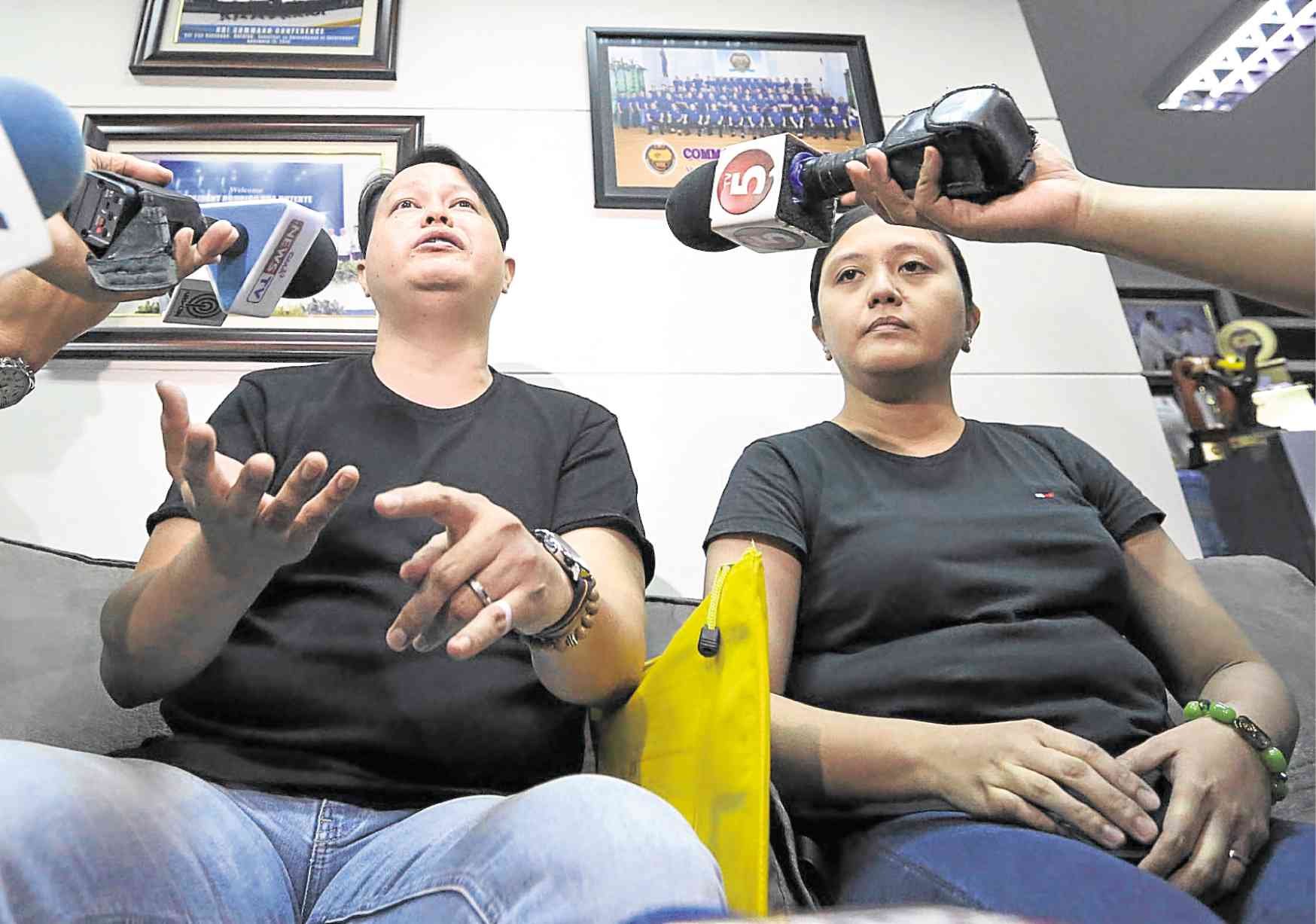 The two whistleblowers who exposed the “ghost dialysis” scam that had defrauded Philippine Health Insurance Corp. (PhilHealth) were arrested Thursday night, shortly after losing immunity from suit under the government’s Witness Protection Program (WPP), according to their lawyer.

Lawyer Harry Roque on Friday said his clients—Liezel Santos de Leon and Edwin Roberto—were arrested and detained in connection with the estafa charges earlier filed against them and Bryan Christopher Sy, their former employer at the Quezon City-based WellMed Dialysis Center.

The cases were filed in August in the Quezon City Regional Trial Court (RTC) by the National Bureau of Investigation.

“They were arrested since their case before the (Quezon City) Regional Trial Court was dismissed and refiled before the Metropolitan Trial Court (MTC), where the cases filed are [considered] not serious crimes,” the lawyer said.

De Leon and Roberto were served warrants issued by the Quezon City MTC and were brought to Station 4 of the Quezon City Police District in Novaliches, their lawyer said.

“What’s happening is meant to silence them,” Roque said, adding he was not informed that his clients had been released from the WPP.

In a three-part investigative report by the Inquirer published in June, the two former WellMed employees exposed how the dialysis center allegedly scammed PhilHealth of millions of pesos by filing claims for dialysis patients who were already deceased.

In a statement on Friday, Justice Secretary Menardo Guevarra confirmed the whistleblowers’ removal from the WPP “because the criminal case [where] they were supposed to testify was downgraded from the RTC to the MTC, hence, not a grave offense which is one of the requirements for WPP coverage.”

Roque said he was trying at press time to raise money for De Leon and Roberto’s bail, which was set at P610,000 each.

“We are arranging [for bail]. Civil society has already raised the P150,000 for surety bond,” he said.

Roque said he met with Ombudsman Samuel Martires on Friday morning and would soon be filing a malversation case against WellMed and PhilHealth officials before the antigraft body, which he said was the right forum for such a case.

For the malversation case to push through, however, the estafa case before the MTC has to be dismissed first, Roque said.

In his view, estafa was the wrong case to file against WellMed and the conniving PhilHealth officials.

Roque said he still had to pinpoint the officials in the state health insurance company who would be charged with malversation, but said “[they] will include senior vice presidents and PhilHealth’s Metro Manila executives.”