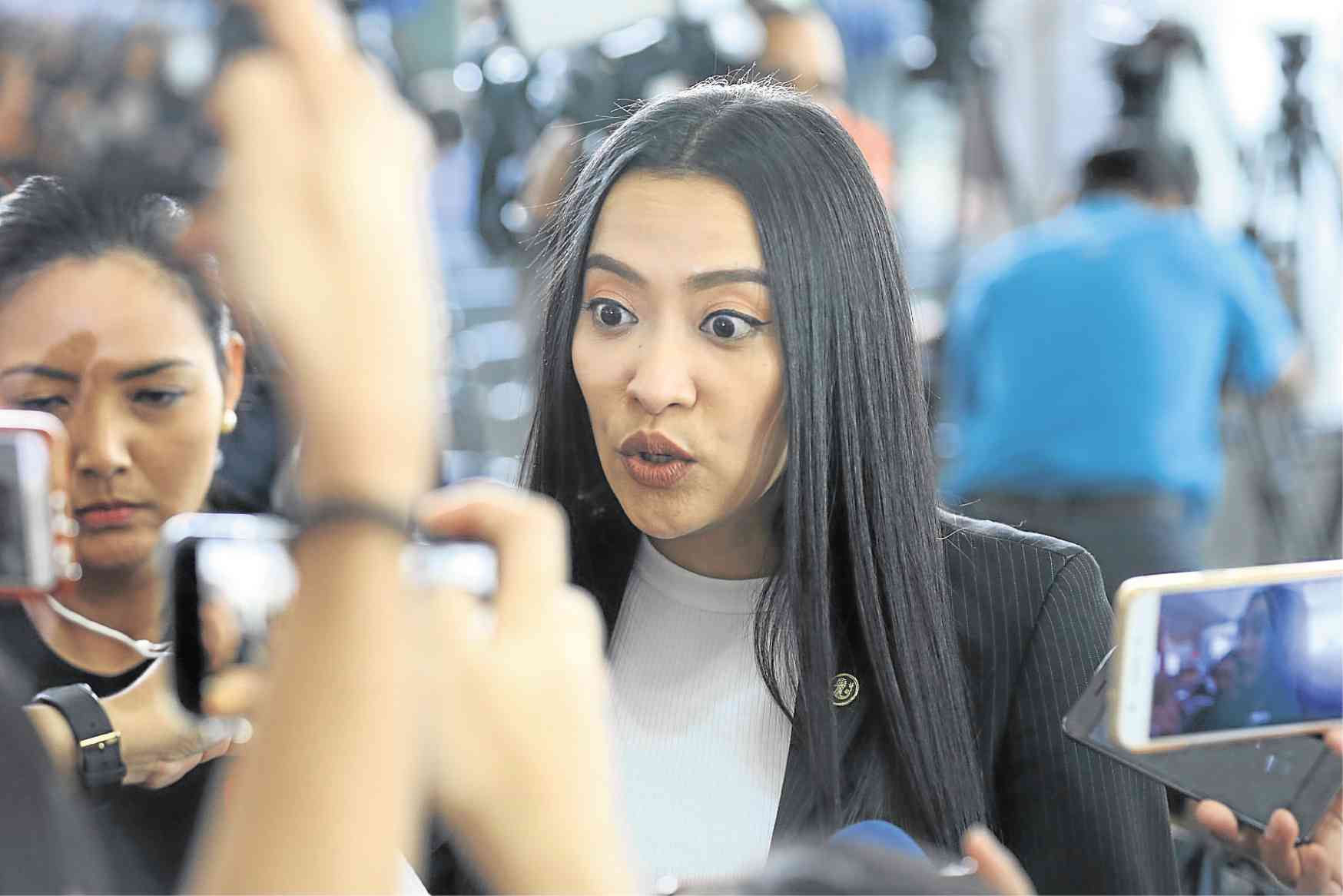 Another voice has been added to the growing outrage over the appointment of President Rodrigo Duterte’s ally Mocha Uson to the Overseas Workers Welfare Administration (Owwa).

The Gabriela women’s party yesterday said party list nominees should be included in the one-year ban on political appointments for losing electoral candidates.

“Specifically, the ban may be applied to the first, second and third nominees,” said the group led by Rep. Arlene Brosas.

Gabriela aired its concerns over the “obvious use of such executive powers to grant political favors to individuals obviously rejected by the electorate”—an apparent allusion to Uson, a former sexy dancer and starlet who failed to win a seat in the House of Representatives through her party list group, AA Kasosyo, in the May elections.

Uson, a pro-Duterte blogger who also served as assistant communications secretary, drew intense flak when she was named deputy administrator of the Owwa last month.

“This is obviously imprudent and utterly lacking in delicadeza,” Gabriela said in a statement.

Under the 1987 Constitution, any losing candidate in an election may not be appointed to a government post within a year of the conduct of the polls.

But according to the Commission on Elections, party list nominees are not technically covered by the ban because the actual candidates are the groups they are representing.

Gabriela said it was backing proposals to explicitly include nominees in the ban.

“The party list system has become so bastardized that it has become a very convenient shortcut not just for members of political dynasties but [also] for favored individuals known to kowtow to every whim of the executive,” it said, adding:

“This potentially destroys the system of checks and balances and puts into question the independence of the legislative department.”

Uson, who drew a large social media following after supporting Mr. Duterte’s election campaign in the midterm polls, resigned from her previous position in the Presidential Communications Operations Office in 2018 after less than two years.

She had been under intense criticism for crass social media posts, including a song-and-dance video with lewd lyrics on federalism.