Albayalde, Magalong, Aquino back at Senate for ‘ninja cop’ probe 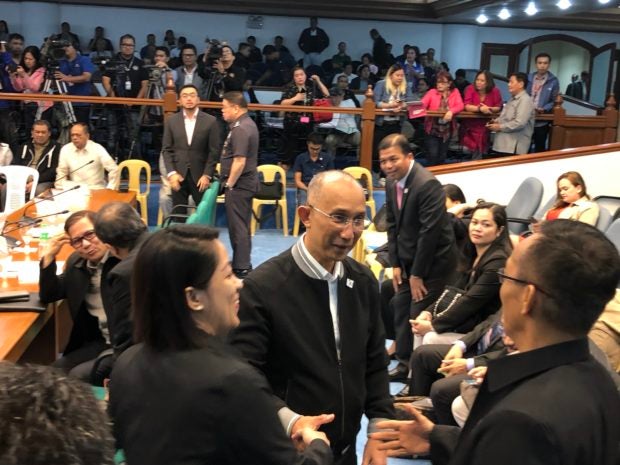 Baguio City Mayor Benjamin Magalong arrives at the Senate for the continuation of the “ninja cop” probe. INQUIRER.net / Daphne Galvez

The three first went into battle about truth, drugs, and corrupt cops on Tuesday this week where Magalong implicated Albayalde of being involved in the recycling of seized illegal drugs or the “agaw-bato” scheme.

He also said that Albayalde was among those who bought a new sports utility vehicle (SUV) after a 2013 drug sting in Mexico, Pampanga.

Albayalde denied owning a SUV in 2013.

During the previous hearing, Aquino also revealed that Albayalde once called him in 2016 to inquire about the 2014 grave misconduct case of 13 Pampanga policemen, who were formerly under Albayalde’s command when he was Pampanga police director.  /muf 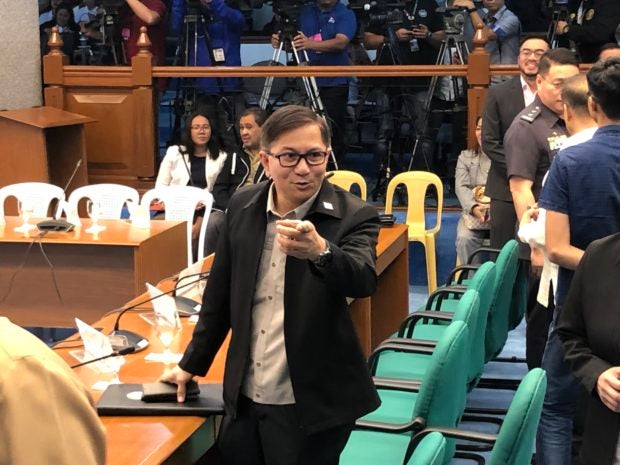 PDEA director general Aaron Aquino arrives at the Senate for the continuation of the “ninja cop” probe on Oct. 3, 2019. INQUIRER.net / Daphne Galvez