Glorian Tomen and Shiela Astrero sat next to each other at a fast food restaurant for late lunch one Friday afternoon in August. From the table just behind them, two patrons unwinkingly stared. Glorian and Shie were unperturbed. They were used to do this. They have experienced worse and they were not raised to be onion-skinned, anyway.

(Whether [we] like it or not, [we] will have to deal with people of average height. Average height is the right term for you. Normal [height] is not accepted.)

Glorian and Shie have achondroplasia, the most common form of dwarfism from approximately 400 diagnosed types. People with achondroplasia have disproportionately short arms and legs, and stand at an average adult height of 4 feet.

There is no specific term for people with dwarfism in the Philippines and the words normally used for them – like “midget,” “unano,” “pandak” and “duwende” – are derogatory and oftentimes wielded to ridicule and hurt. Dwarf is considered an acceptable term in the United States for people with dwarfism, but in the Philippines, where folklores about mythical creatures abound, it is uncertain how the term would fare in acceptability.

(Midget or unano, although we know that we have no specific word for it in Tagalog, those words are no-no.) 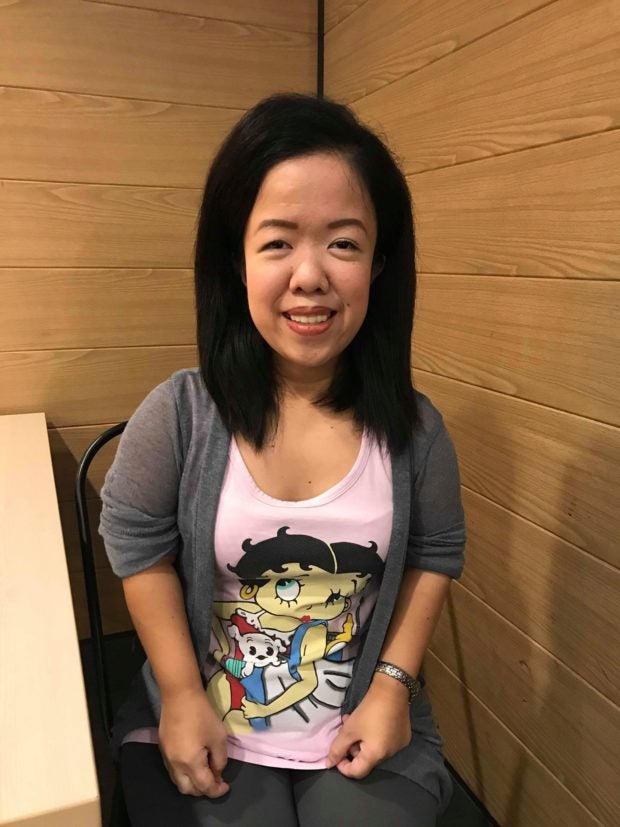 One by one, other little people started to arrive and join the table. It was not just an ordinary lunch, after all, but also the signing of the articles of incorporation for their non-government organization, Big Dreams for Little People – Philippines (BDLPP).

Glorian, who is now 29 years old, started BDLPP after attending past conferences of Little People of America in the United States.

BDLPP held its first general assembly in January 2017 with just a simple gathering. In the same year, they organized a forum on the rights and welfare of people with dwarfism, which was attended by former Department of Social Welfare and Development secretary Judy Taguiwalo and a representative from the National Council of Disability Affairs.

(After that I said I would like this to be done every year, no matter how simple. In the U.S., their annual assemblies last for six days, really a conference. Here, even at least for one day in October last year, we had an assembly. We invited speakers, then they presented possible opportunities for LPs.)

BDLPP plans to hold another general assembly for its more than 100 members this October, which is Dwarfism Awareness Month. For next year, Glorian hopes to invite to their assembly the international doctors she met during one of the Little People of America conferences she attended in the past. There is a need for their expertise, as Glorian said that Filipino doctors still lack awareness when it comes to dwarfism.

(They are also volunteer doctors of Little People of America. The truth is, our doctors here lack awareness. I am not saying they are not good, but the way they handle patients with dwarfism is different.) 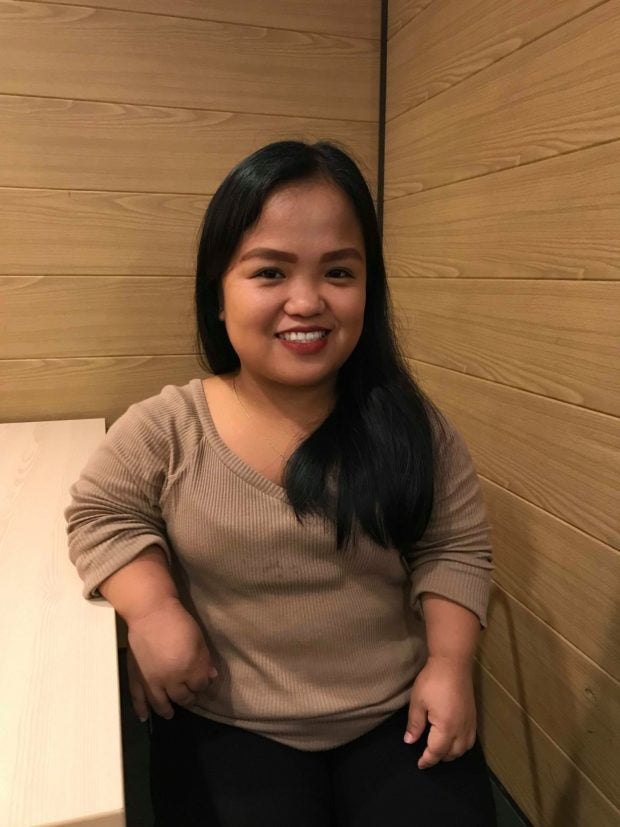 Shie experienced this from her own doctor, who did not know what condition she had. Her doctor also did not refer her to any specialists who could look into her condition, thus pushing her to do her own research about dwarfism.

Glorian, on the other hand, was misdiagnosed with scoliosis when she went to her childhood orthopedic doctor for her back pain in 2011. After getting an x-ray, she was told by the doctor that she had scoliosis and needed a back brace. She was also told that she would be needing a hip replacement by the time she turns 30 years old.

Unconvinced, Glorian brought her x-ray results with her when she went to the U.S. for another Little People of America conference a few years back. There, she spoke with dwarfism specialists for a second opinion and was told by one doctor that she did not need a hip replacement at all.

She apparently had spinal stenosis or the narrowing of the spaces within the spine. This puts pressure on the nerves that pass through the spine, thus causing the pain in her back, something that is normal to those who have achondroplasia. She was even told that she looked great and is in great shape.

(You have nothing to worry about. You just need exercise. I was finally able to breathe in relief. Those doctors are really different from the ones we have here. Here, we pay P500 every checkup. For less than five minutes, you shell out P500.)

But this is something they understand. If some Filipino doctors themselves are unaware of dwarfism, then what more for those with the condition and the general public? Glorian discovered through a survey she conducted in 2016 that even other people with dwarfism are unknowing of their own condition. It saddened her when she realized that there are some little people who believe old wives’ tales about how they were conceived in regard to their dwarfism.

(I am saddened by the outcome of the survey I conducted. My respondents believe they were conceived out of this or that. In the case of others, it runs in the family. For some, it is through genetic mutation. Actually, 80% who have dwarfism have parents of average height. Just like in my case, it does not run in our family, my family is of average height. It was really in the genes, the mutation.) 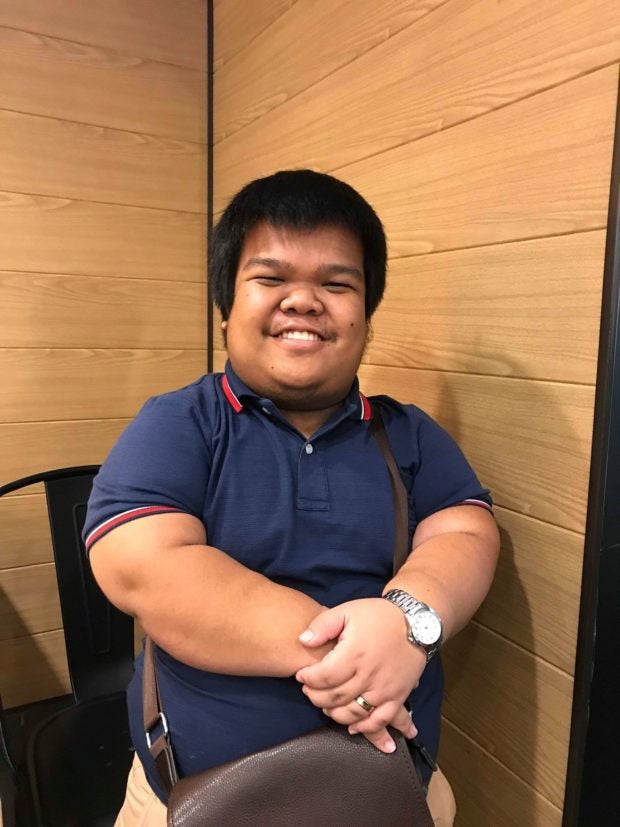 Miko Peñaloza, who also has dwarfism, hopes to bring BDLPP’s advocacy to the entertainment industry. He works as a TV and movie actor, and looks up to Peter Dinklage, who played Tyrion Lannister in “Game of Thrones”, as an example.

There seems to be no problem when it comes to his working relationship with directors and other actors, but he shared that there is still something lacking when it comes to the characterization of little people on the screen.

(Look at Dinklage, he gets to be the lead. I am not saying I want to be the lead, or to play a character who is a giant. There are just instances when people are reluctant to get little people as actors because they have already done so before. There seems to be a categorization.)

Miko also wants to change the usual type of roles given to little people, which are almost always for comedic purposes. To illustrate his point, he cited the case of gay people in the movies.

(At first, gay people are often portrayed as victims, battered ones, but now they are already empowered. That is our goal. There are those who ask me, “What if you cannot do it?” [I say] at least we started this. We wish, we hope for [our efforts] to be successful, and that at least we started it.)

It is bad enough to be unnecessarily gawked at by strangers in public, but to work in the entertainment industry heightens the politics of this gaze so much more. Sometimes, physical appearance takes precedence over actual talent and that is the hard truth. It takes a certain person to work, much less thrive, in an industry that sanctions flaws and pressures those in it to live up to unattainable beauty standards. Anyone with a delicate disposition would not last.

(Even when I am stared at, it is okay with me, I just think that I am handsome. You have to have a thick face, a tough heart. I am good at reverse psychology. If you bully me, I can bully you too, which is bad, but that tends to be my defense.) 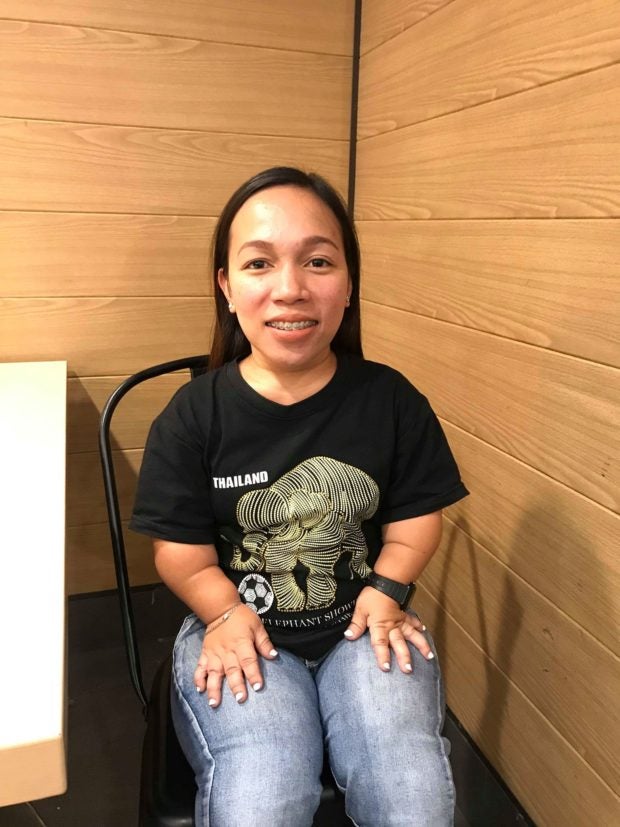 For Vanessa Peñaflor, it seemed not to matter that she finished college with a degree in Information Technology. She still experienced discrimination and bullying when she worked for a manufacturing company in Laguna back in 2013.

(No matter how good you are, a lot will envy you, even when you actually can do the job. People made a way to remove me from my job. They claimed that I cannot reach the shelves, the filing cabinet. They made a way to get me out of there.)

Vanessa only lasted four months in the company and not once did she feel the management’s support during that dark time. Instead, her Japanese boss told her he based his final decision on what her line leader had to say.

She became depressed upon losing her job and spent almost an entire year working from home as a call center agent afterwards.

(I felt traumatized. It was like discrimination, especially when you have a disability. I really did not like it. I do not want it to happen again so we are fighting for our rights.)

Today, Vanessa works as a PWD (persons-with-disabilites) focal person for the city government of Cabuyao, which she says is a much better job than what she previously lost.

‘We are like you, we are all the same’

BDLPP mainly advocates for dwarfism awareness among the general public and contextualized healthcare. The challenge in being lumped under the umbrella of PWD is that it is too generalized. There are medical complications associated with dwarfism that need to be given context. However, due to the lack of dwarfism specialists in the country, many of the members of BDLPP remain undiagnosed and do not know what type of dwarfism they have, said Glorian.

But just like their physical size, the group believes that they must start small and first focus on educating others on what they stand for.

(We are all the same. We just need a little help, a little accommodation, sometimes there even is none. We can do what other people of average height can do, so we hope we would not be judged based on our appearance.)

In the future, Vanessa hopes that they would be able to leave something good behind for posterity, a reality, perhaps, where people with dwarfism are heard in society. She said the long-term goal is for them to have a voice, which woul lead them to securing lawful benefits.

(As litte persons, we are happy. As for me, I never doubted myself or what I am now. Maybe what we are going through can be of inspiration to others.)

There are many more dreams they have yet to realize as a whole, but each seems to return to the heart of the matter: that they are also people. Regardless of what others have to say, they continue to walk tall even if they are small. JB

Life lessons the hearing can learn from the Deaf

What we ought to know about Filipino Sign Language