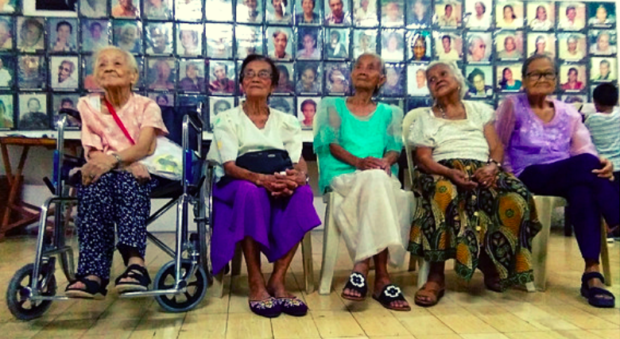 The unconditional surrender of Japan to Allied powers on Aug. 14, 1945 ultimately brought World War II to its end. To this day, the date remains as an occasion of significance – a reminder of a critical point in history that saw millions of lives lost, and a reminder of the true costs of war.

Women the world over commemorated the said day last August to pay homage to the estimated 50,000 to 200,000 “comfort women” from South Korea, Taiwan, Indonesia, the Netherlands and the Philippines who were raped and enslaved by the Imperial Japanese Army during World War II. More or less a thousand of these figures are believed to be Filipino women, some of whom have already gone due to old age. But a few continue to fight on with the remaining strength that they have. 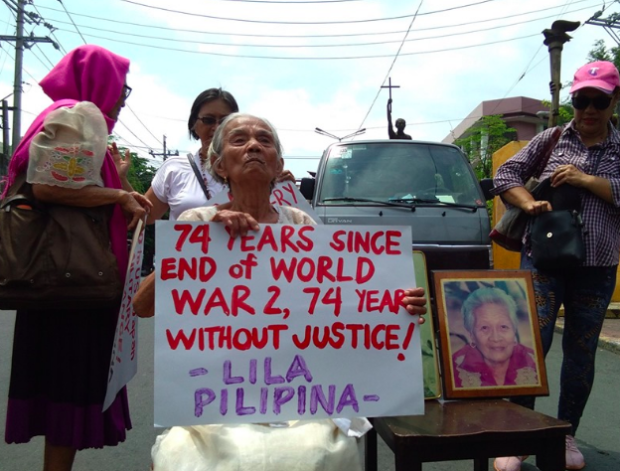 It took decades after the end of the war before lola Rosa Henson came forward in the 1990s and became the first Filipino comfort woman to speak of her harrowing experience. Through the years, other Filipino comfort women followed suit, but a considerable number of them still remain unknown after having effaced themselves and being turned away by their families after the war ended.

The Filipino comfort women or lolas under Lila Pilipina, an organization of World War II comfort women, brought their longstanding battlecry to the streets of Manila to mark the International Day to Commemorate Victims of Japanese Wartime Miltary Sexual Slavery. Lolas Narcisa Claveria and Estelita Dy, along with supporters, held placards in the sweltering heat as they called for justice for the Filipino comfort women. Justice, not in the form of money or payment, but an unequivocal, official and formal public apology from the Japanese government. 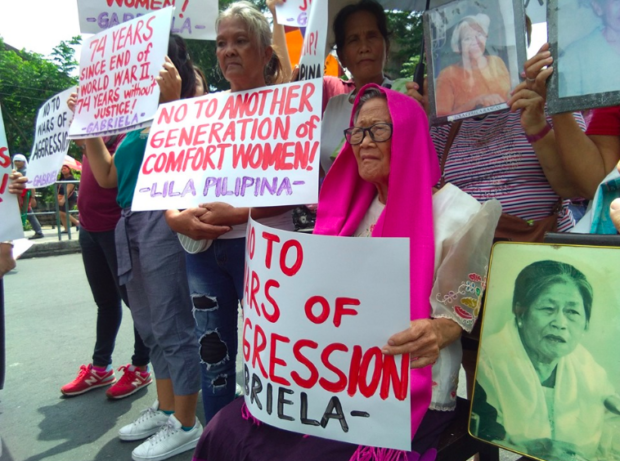 “We honor the memory of victims in Asian countries occupied by Japan in World War II, many of whom have since passed away without seeing the real justice they have long fought for,” Lila Pilipina said in a statement on Aug. 14. “We are saddened that 74 years since the end of World War II, Japan still refuses to atone for its wartime atrocities, and has now in fact embarked on a brazen campaign to obliterate the world’s memory of this historical fact by silencing all efforts to commemorate and by causing the removal of all memorials related to the issue.”

Lila Pilipina also joined the fray against the cancelation of a Japanese art exhibit depicting a South Korean comfort woman, titled “After Freedom of Expression?” last August. The exhibit, which was scheduled to run for 75 days, was shut down on Aug. 3, just three days after it was unveiled in an art festival in Aichi, Japan.

The exhibit shows a statue of a girl clad in traditional South Korean clothing sitting on a chair, a symbol of the comfort woman. As per Aichi governor Hidaki Omura, head of organizers, they felt they could not “safely organize the exhibition” after they received threatening emails, calls and faxes against the artwork.

Censorship against artworks depicting wartime military sexual slavery is not an incident unheard of, as installations, statues and memorials honoring the comfort women continue to be removed all over the world.

A statue of a Filipino comfort woman created by Filipino artist Jonas Roces was uprooted by a backhoe along Roxas Boulevard last April 2018, just four months after its unveiling. After its demolition, President Rodrigo Duterte at the time said the statue was removed to avoid offending Japan. He also came to Japan’s defense, saying it has already issued an apology and made reparations to the victims.

The Japanese government also filed an amicus curiae brief to the United States Supreme Court in February 2017 in support of the removal of a comfort woman memorial in Glendale, California, according to the 2018 report by the Women’s Active Museum on War and Peace (WAM) for the 15th session of the United Nations Committee on Enforced Disappearances (CED). According to the report, the Japanese government argued that the statue “presents a significant impediment to Japan’s diplomatic efforts.” 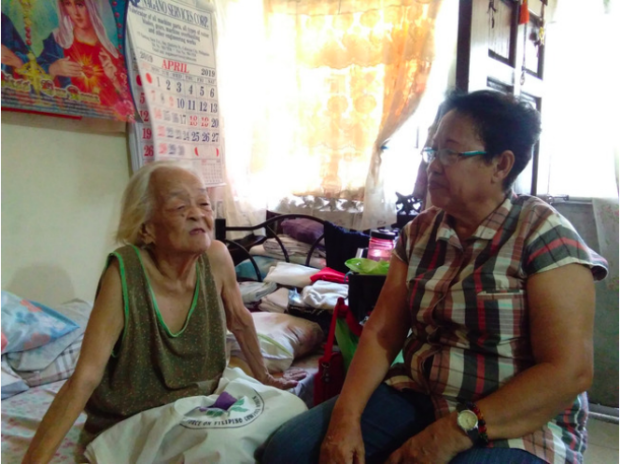 A “girl statue” erected on private premises in Bavaria, Germany in March 2017 was also denounced by the State party which demanded for its removal, said the report. A month later in April, the owner of the statue removed the plaque from the work’s base which gave a historical explanation of the comfort women issue.

These incidents of censoring the horrors that befell girls and women during the Japanese occupation through the removal of memorials and installations seem strange if not hypocritical when compared to the shrines dedicated to Japanese soldiers.

In the Philippines alone, vast lands are used to honor the fallen soldiers of the Imperial Japanese Army. The sprawling Japanese Garden in Lumban, Laguna, for example, spans 11 hectares, its sheer breadth incomparable with the one-square meter comfort woman statue demolished on Roxas Boulevard. There is also the Japanese soldiers’ shrine in Bulacan which stretches 500-square meters, the Japanese Memorial Garden in Corregidor which is dedicated to the 6,000 Japanese soldiers who died on the island, and the Kamikaze Peace Memorial Shrine in Mabalacat, Pampanga, to name a few.

Meanwhile, Atsushi Kuwabara, minister of the Embassy of Japan in the Philippines, upheld last April that Japan has sincerely addressed the issue of the comfort women.

According to Atsushi, the Japanese government has expressed its sincere apologies and remorse through the statement of chief cabinet secretary Yohei Kono on Aug. 4, 1993. Japan, he said, has also addressed the issue on humanitarian grounds.

“Japan delivered atonement money from its people, along with letters of apology from prime ministers, to former comfort women in Asian nations, including the Philippines,” said Atsushi then. 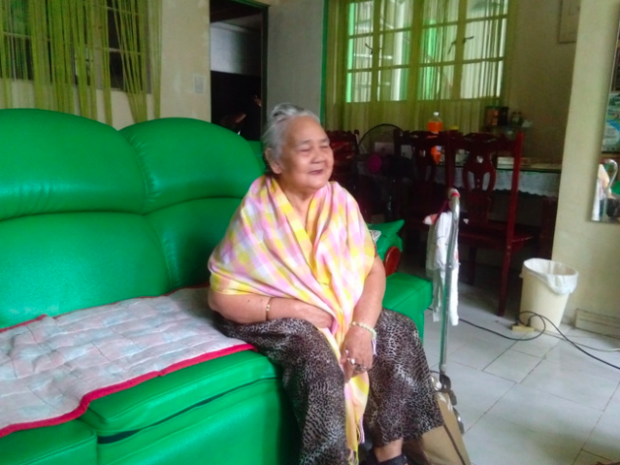 Lola Lucia in her home in Bulacan. Image: courtesy of Lila Pilipina newsletter

To endure is to fight

The comfort women of Lila Pilipina no longer reside in its center in Barangay Amihan, Quezon City. Those who are still alive stay with their families, most of them afflicted with illnesses and rendered weak due to old age.

A small reunion among the survivors was held last April 28 to mark the birthdays of lolas Estelita Dy and Remedios Tecson. Dy is already 89 years old and quite frail, with a chronic heart ailment and pre-diabetes, as per Lila Pilipina. She lives with her family in Malabon. On the other hand, the organization’s rediscovery team just found Tecson early this 2019. She is still able to attend meetings with the use of a wheelchair, but has also gone frail and has difficulty in mobility and memory.

Other lolas could not come to Dy and Tecson’s birthday, such as lolas Lucia Misa and Hilaria Bustamante. Misa, who currently lives in Bulacan, suffered from a stroke in 2018 and is still recovering. Bustamante, who lives in Manila, is already bedridden. She has also become incoherent and has been eating less, her daughter reported.

Time spares nobody and just how long the Filipino comfort women have left remains up in the air. Some of their descendants have taken on the mission to retell the comfort women’s stories, to serve as a reminder to a nation that often falls into the convenience of forgetting, and to urge people to do something upon remembering. JB

The miseducation of lovelorn men: An afternoon in a PUA Academy camp