Bilibid hospital chief: No hard evidence of ‘overstaying’ for sale

MANILA, Philippines — Except for rumors, there is no hard evidence to allegations that money changed hands at the New Bilibid Prison (NBP) hospital, its chief told a Senate inquiry on Thursday.

At the ongoing hearing of the Senate committee on justice, Senator Christopher “Bong” Go asked NBP hospital chief Ernesto Tamayo about the alleged payoff at the infirmary.

Go said inmates allegedly pay at least P40,000 either for “overstaying” at the NBP hospital or to be allowed admission in a hospital outside NBP. 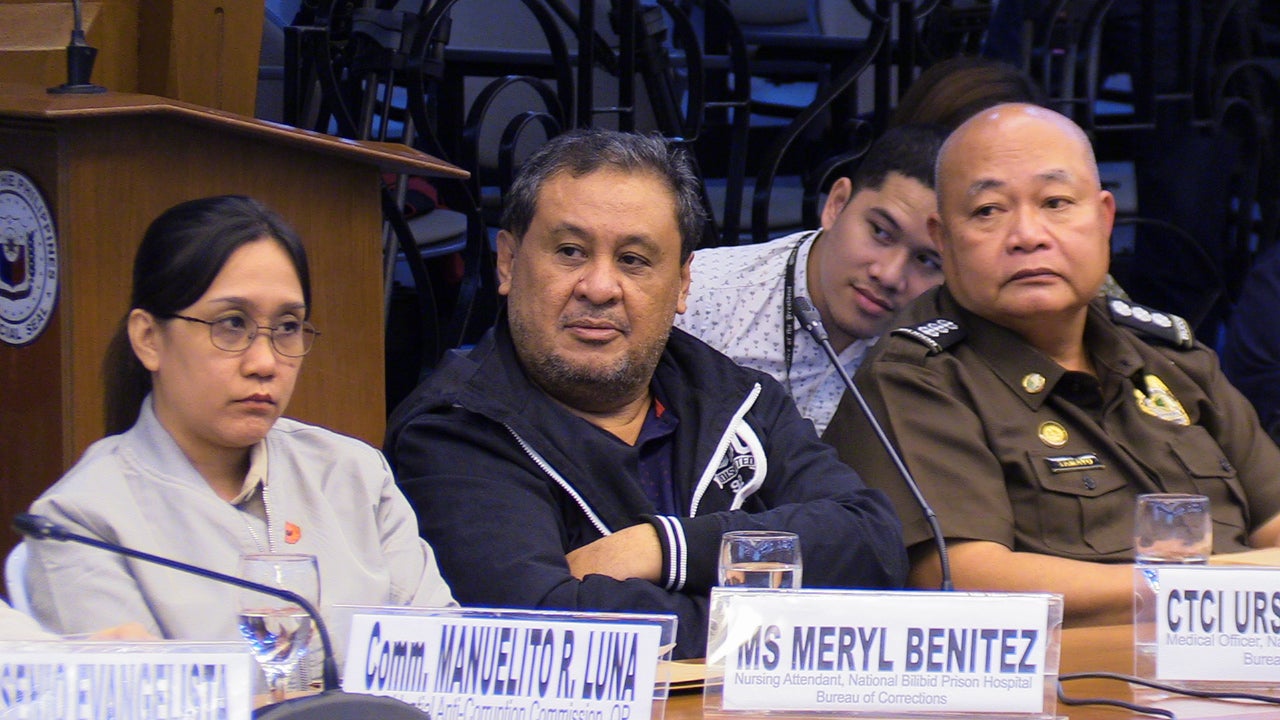 Even the nursing attendant, Meryl Benitez, said she had not heard or seen any payoff inside NBP hospital.

Cenas, however, later clarified that he just heard about the supposed payoff at the hospital.

Cenas himself had been accused of allegedly receiving money – at least P1,000 every visit, which he quickly denied.