Inmates still at large told: You got 4 days to yield or face warrantless arrest

MANILA, Philippines – After September 19, convicts prematurely released on GCTA who would fail to surrender would be arrested without a warrant, Justice Secretary Menardo Guevarra said.

The 19th of September is the 15th day set by President Rodrigo Duterte for the 1,914 heinous crime inmates released on GCTA to turn themselves in.

For now, Interior Secretary Eduardo Año said the police and local government units were tasked to reach out to these inmates and invite them, reminding them of the President’s deadline. 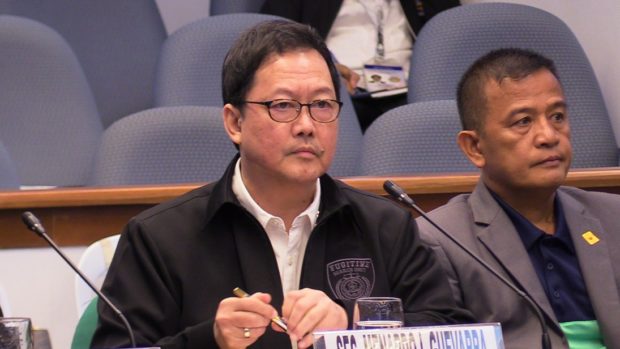 “Nasa word naman, they are invited. Kung hindi sila sumama, okay lang yun but after 15 days, there is already an order of the President to arrest them,” Año said at a press conference.

“After Sept. 19 and they (PDLs) refuse (to surrender), we have already taken this position since under the law and under the existing jurisprudence you have not completed the service of your sentence and it is your duty to serve it to the fullest,” Guevarra said.

“We gave you notice, we gave you a grace period of 15 days (yet) you refused without justifiable reason then in effect you are committing the offense of evasion of sentence,” he added.

To those who want to challenge the DOJ’s position, “you may go to court and ask for any relief you wish to obtain from the court but for now that is how we intend to (do it) and the DILG through the PNP is ready to do so after the 19th (of September).”

Even if the PDL would argue that it was not his fault that he was released based on the wrong computation of his PDL, the Justice Secretary said, “that is beside the point. You have to go back and serve the sentence. If you want to challenge that in court then let the court decide on it.”

Guevarra said after the 15 day deadline, the DILG through the Philippine National Police (PNP) is ready to effect the arrest of those who wiould not comply./ac