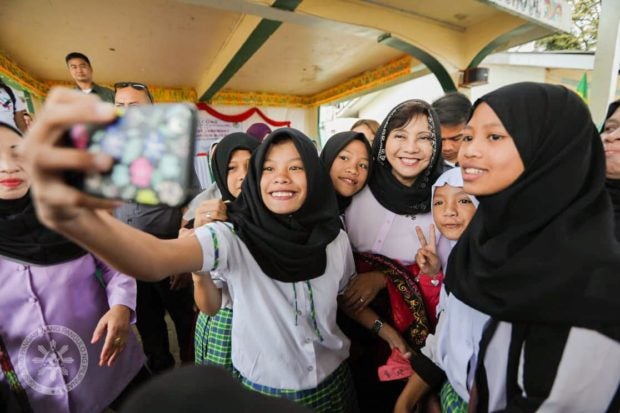 MANILA, Philippines — Senators have commended the anti-poverty initiatives of Vice President Leni Robredo, who has been going to far-flung areas nationwide to provide assistance to communities, as the Office of the Vice President (OVP) defended its proposed 2020 national budget at the Senate on Monday.

Drilon noted that like Robredo, Macapagal was not given “any work” during his time as vice president of former President Carlos Garcia.

“Therefore, what Diosdado Macapagal did for four years that he was in office was to go around the country helping the needy. And then subsequently, Diosdado Macapagal won the presidency, whether or not there is a parallel to that, I’m just stating facts,” Drilon said.

Asked what she thought of Drilon’s remarks about her and Macapagal, Robredo said: “Siguro similar kami in the sense na pareho kaming walang Cabinet post.”

Robredo maintained that eyeing a higher position for the 2022 elections remains far from her mind right now since she does not want to derail OVP’s focus on carrying out anti-poverty projects.