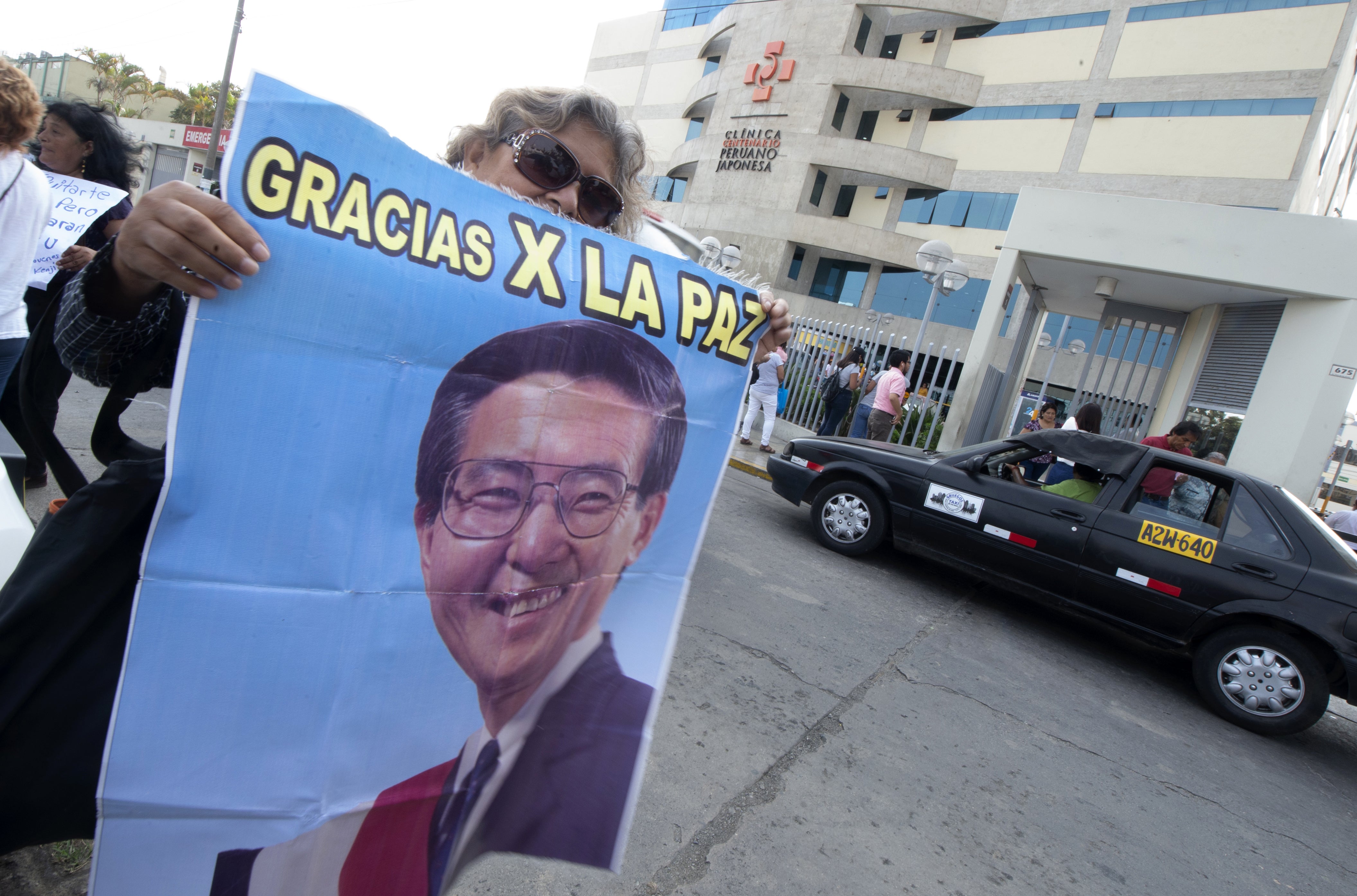 Supporters of former Peruvian President Alberto Fujimori (1990-2000) wait outside the Centenario Clinic in Lima on January 23, 2019 where he was admitted on October 3, 2018 after a court overturned the humanitarian pardon granted to him and ordered the 80-year-old ex-presidents immediate arrest. (Photo by Cris BOURONCLE / AFP)

“After overcoming serious health problems that forced him to have prolonged hospitalization, today President @albertofujimori is returning to prison,” Alejandro Aguinaga said on Twitter.

He said Fujimori was undergoing tests after “suffering atrial fibrillation” or an irregular heartbeat, as well as from “pancreatic cysts.”

Aguinaga said it was Fujimori’s third hospitalization “in the last 40 days”.

Between his frequent hospital visits, Fujimori has been serving out a 25-year sentence for human rights abuses in a specially outfitted cell at a police base in Lima.

A court ordered him back to prison in October last year, revoking a pardon granted by then-president Pedro Pablo Kuczynski the previous December.  /muf