Cop, 6 others nabbed for allegedly peddling shabu, marijuana in Taguig 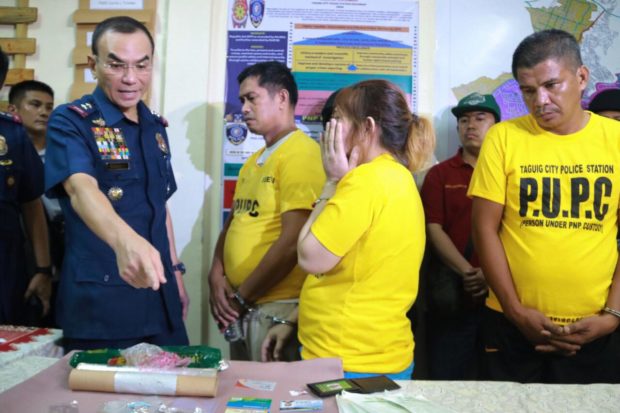 MANILA, Philippines — A police officer and six other cohorts were arrested after shabu and marijuana were seized from them during a buy-bust operation in Taguig City on Friday night, police said on Saturday.

In an initial report from the Taguig City police station, the arrested policeman was identified as Police Chief Master Sergeant Rashid Sanguan, 41, who is an active member of Philippine National Police’s Police Security and Protection Group.

Confiscated were four grams of suspected shabu worth P27,000; a sachet containing alleged marijuana worth P2,100; cellphone; and marked money worth P500.

The suspects are currently detained at the National Capital Region Police Office while charges for violations of the Comprehensive Dangerous Drugs Act of 2002 are readied against them. /jpv