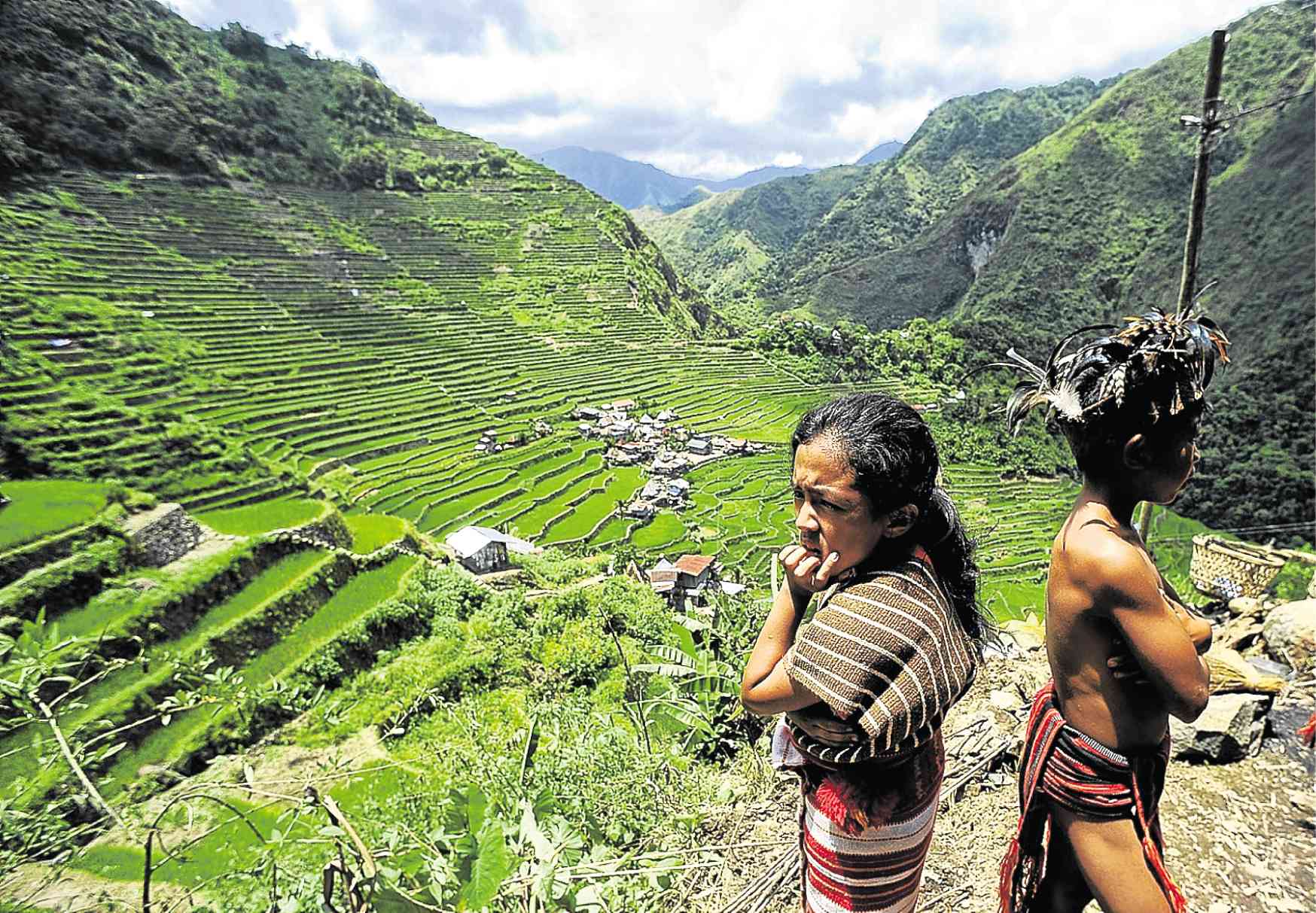 SELF-DETERMINATION Dwellers of the Ifugao rice terraces were among the Cordillerans who celebrated the anniversary of the 1986 “sipat” (cessation of hostilities). More than three decades later, they are still fighting for autonomy. — EV ESPIRITU

BAGUIO CITY—Friday the 13th this week commemorated the end of a war waged against the government by former rebel priest Conrado Balweg and his militia group 33 years ago.

On Sept. 13, 1986, at Mt. Data in Mountain Province, Balweg and then President Corazon Aquino exchanged tokens to forge a “sipat,” a term for cessation of hostilities for what was the first peace talks undertaken after the People Power Revolt ousted dictator Ferdinand Marcos.

Balweg handed Aquino an automatic rifle and accepted a rosary and a Bible from her. It led to peace negotiations that were concluded 25 years later in 2011 by Aquino’s son, former President Benigno Aquino III.

The talks also led to the creation of the interim Cordillera Administrative Region (CAR) in 1987.

Balweg led the Cordillera People’s Liberation Army (CPLA), a militia that broke away from the communist New People’s Army (NPA). CPLA had officially disbanded under a closure agreement signed on July 4, 2011.

The sipat meant “an end to war,” Mayor Gabino Ganggangan of Sabangan town, Mountain Province, said at a news briefing on Thursday.

To illustrate the impact which the sipat had on peace and order at the time, Ganggangan said losing the CPLA crippled the NPA in the Cordillera for years.

Balweg left the priesthood to join the NPA in 1979 after the murder of Kalinga elder Macli-ing Dulag, who opposed Marcos’ projects that would exploit resources of indigenous peoples such as the proposed Chico River Dam in Kalinga province.

Ganggangan served as a close aide of Balweg, who was assassinated on New Year’s eve in 1999. Had he lived, Balweg would not be happy about the government’s unfulfilled promise to create an autonomous government for six Cordillera provinces after decades of neglect, he said.

A new measure creating a Cordillera autonomous region had been drafted by regional elders and transmitted to Congress in August, after previous measures failed to draw national support.

Any president can dissolve CAR, which was formed through Executive Order No. 220 by Aquino a year after the sipat, according to Virgilio Bautista, former cochair of the Regional Development Council.

“I am not saying there are plans to break up CAR,” Bautista said, but pockets of resistance continue to exist in parts of the Cordillera because the government has not fulfilled some of its commitments made in the sipat such as granting the region full control and management of its natural resources.

Because of a doctrine that the state owns all lands and resources, the development of the mines and exploitation of Cordillera rivers were dictated by Manila, Ganggangan said, adding that this “made the national capital richer and the Cordillera poorer.”

On top of that, many Cordillera residents have no titles to their lands because of a provision in the forestry code, which renders all lands with 18-degree slopes as inalienable, Bautista said.

Only Baguio City and Benguet province, which hosted the first gold mines and which now serves as a major salad vegetable producer, are exempt from this prohibition.

Cordillera, with 1.7 million dwellers, remains one of the country’s least populated and poorest regions, and has been entitled to much smaller budgets.

“Senators and congressmen must visit towns like Sabangan to understand why we strive for budgets that would convert our abortion roads into productive roads,” Bautista said.

He said the region’s leaders are hoping that Congress would pass the third Cordillera autonomy law, given the passage of the Bangsamoro organic law (BOL), which grants powers to the Muslim region for managing their resources.

“I told them maybe we can just simply adopt [the] BOL and change certain provisions to suit the Cordillera,” Bautista said.

He added: “But it needs to be passed this year to give Congress time to fund the plebiscite before attention shifts to the next presidential elections.”