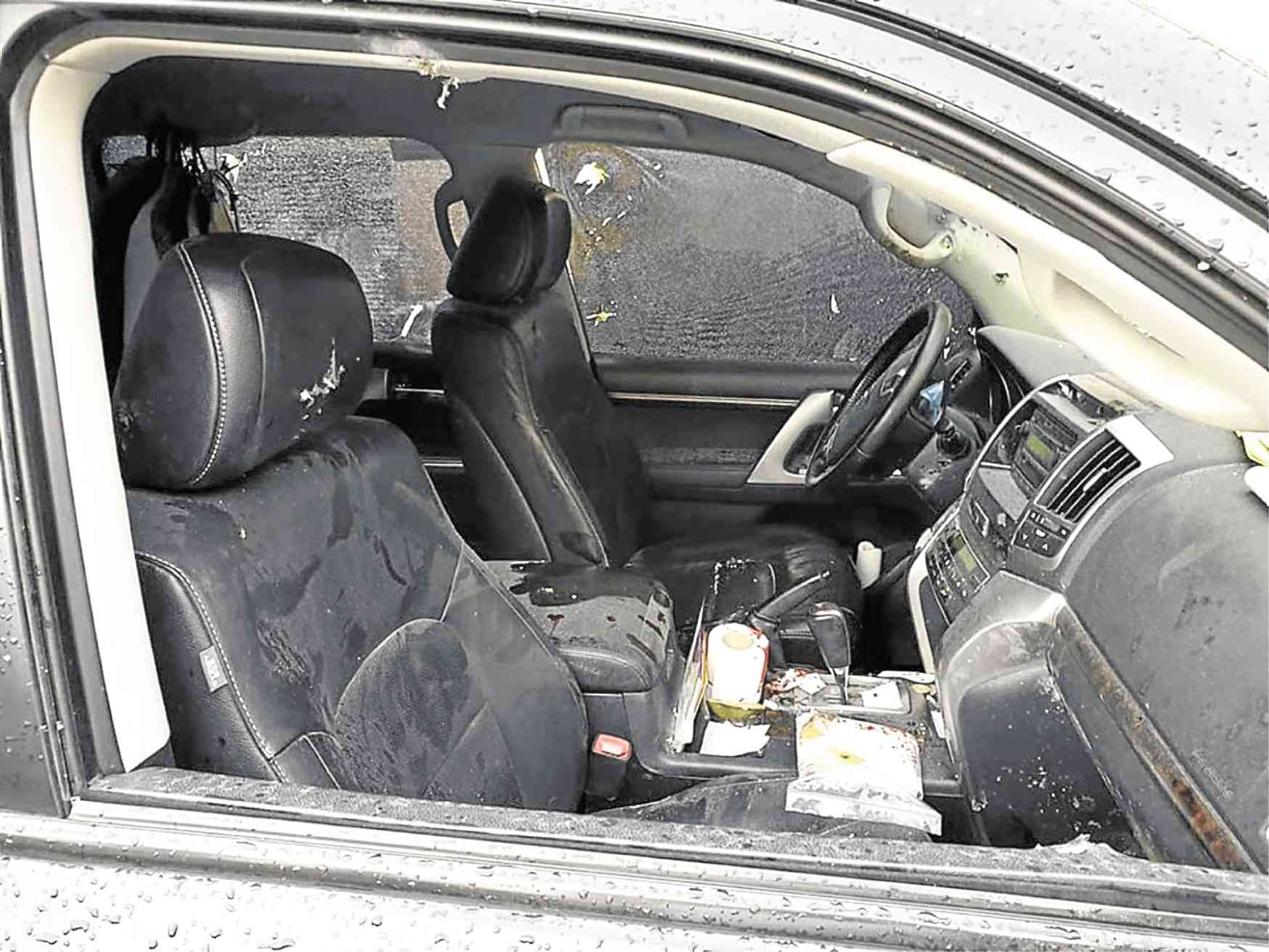 PANGASINAN HIT Former Pangasinan Gov. Amado Espino Jr. was traveling in this vehicle, a Toyota Land Cruiser, when armed men ambushed his group in San Carlos City on Wednesday. Espino was wounded while two of his five security aides died in the attack. —CONTRIBUTED PHOTO

Agapito Cuizon, who managed to drive the car carrying Espino to the hospital, died at 6:20 p.m.

Espino and his security aides were on a two-car convoy when gunmen opened fire at them on Wednesday. Also killed during the attack was Espino’s police aide, Police Master Sergeant Richard Esguerra, while two others were wounded.

Espino sustained bullet wounds on his side body and arm, and is now recovering in the hospital.

The driver of Espino’s backup vehicle was unhurt and would be tapped as a witness, according to Police Col. Redrico Maranan, Pangasian police director.

Police Lt. Col. Mary Crystal Peralta, spokesperson of the Ilocos regional police, said they had already identified the owners of the Ford Everest and Hyundai Elantra used by the gunmen.

Police found the abandoned Ford Everest at Barangay Pasima in nearby Malasiqui town while the Hyundai Elantra was found at Barangay Cobol here.

Found inside the two cars were two M14 rifles and a customized M16 rifle, a hand grenade and bullets, jackets and bonnets.

Another vehicle, a black Toyota Wigo, could have also been used by the gunmen, police said.

Peralta said they were verifying if these cars were stolen and would invite the owners to speed up the investigation. He said the gunmen might have abandoned their vehicles to avoid getting caught at checkpoints.

The task force probing the ambush has secured witnesses’ testimonies and the closed-circuit television footage to identify the gunmen and establish their motive.

Maranan said Espino had requested for police security after getting death threats from undisclosed sources two weeks before the ambush.

The Philippine National Police is not discounting Espino’s anti-illegal drugs crusade as a motive behind the attack.

Police Brig. Gen. Bernard Banac, the PNP spokesperson, said investigators were looking at all possible motives, most of them related to Espino’s previous post as governor.

Espino, 71, also served as representative of Pangasinan’s 5th district. He lost in his reelection bid in the May 13 midterm elections. His son, Amado Espino III, is the incumbent Pangasinan governor.