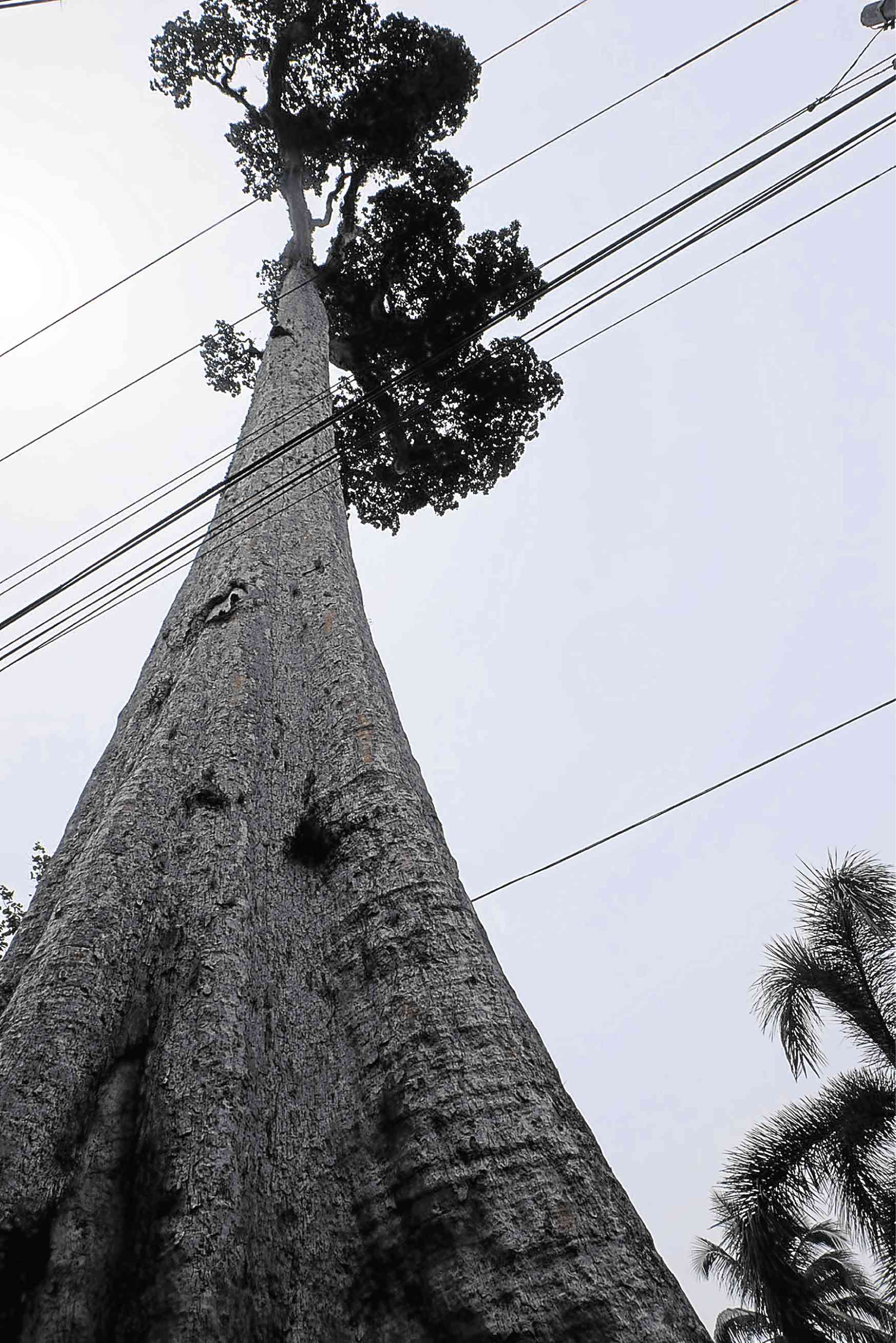 SAN FRANCISCO, AGUSAN DEL SUR—Officials of the local government, and public works and environment agencies have agreed to save a giant centuries-old Philippine Rosewood (Petersianthus quadrialatus) tree, believed to be the tallest and oldest in the country.

Located along the Maharlika Highway at Barangay Alegria here, the 54-meter high Toog tree was earlier marked for cutting by the Department of Environment and Natural Resources (DENR) to eliminate the hazard to motorists and commuters should it collapse.

The tree, estimated to be 300 years old, already leans because of decay in some parts of its lower trunk.

Dennis Gilbero, science research specialist of the DENR’s Forest and Wetland Research Development and Extension Center, said there was a high risk the tree would collapse, based on its current health.

But Dr. Marcelino Pacho, a tree surgeon, said the tree can still be treated.

Director Felix Alicer of the DENR Caraga earlier gave the go signal to cut down the tree, triggering protest from residents, local officials and tree preservation advocates who considered the tree part of local heritage.

The giant tree, they said, is a tourist landmark.

Davao City-based forester Jose Kanapi, vice president of the Society of Filipino Foresters in Davao region, said the decision to cut down should not have been immediately resorted to as the tree is covered by law on tree preservation.

“If we kill this treasure, then we lost our pride,” said engineer Jaime Bernat, a retired public works official.

Bernat suggested to put up a reinforced concrete buttress, with enough breathing space, to support the leaning tree and prevent its collapse, side by side with work on treating its sickness.

“We will do everything possible to preserve the Toog tree. It’s everybody’s concern. This is a national heritage,” said Mayor Solomon Rufila.