Ninoy Aquino’s statue to be relocated 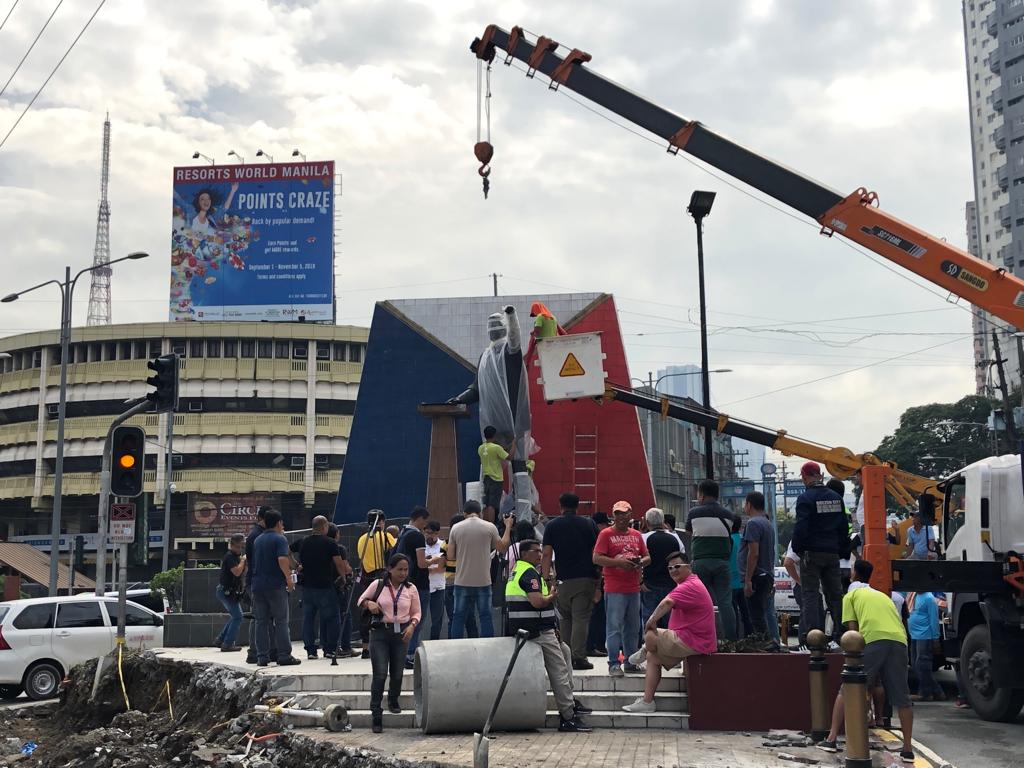 Workers take down the statue of Ninoy Aquino in Quezon City and will be transferred to a new location. (Noy Morcoso/Inquirer.net)

The statue was installed by the Quezon City government during Ninoy’s 77th birth anniversary in 2010 at the intersection of major roads Quezon and Timog avenues.

At the foot of the statue, a citation was written for the “martyred senator” and democracy icon “whose life embodied that of a fiery ‘fiscalizer’ who lived an exemplary patriotic life.”

But on Friday, the local government took down the statue after its base was damaged during a recent road-clearing operation by the Department of Public Works and Highways.

The City Parks Development Administration Department and city engineering office will temporarily keep the statue inside the QCX Museum in Quezon Memorial Circle until a relocation spot has been finalized, Mayor Joy Belmonte said.

Belmonte said the local government had reached out to Ninoy’s children—former President Benigno Aquino III and his sisters Ballsy, Pinky, Viel and Kris—about the statue’s transfer.

“The Aquino family has given its consent to transfer the statue,” Belmonte said.

The city is eyeing the Ninoy Aquino Parks and Wildlife and the Manila Seedling Bank owned by Ayala as possible relocation sites.

Former President Aquino wanted the statue to be transferred to the park named after his father, while Kris preferred the Ayala property.