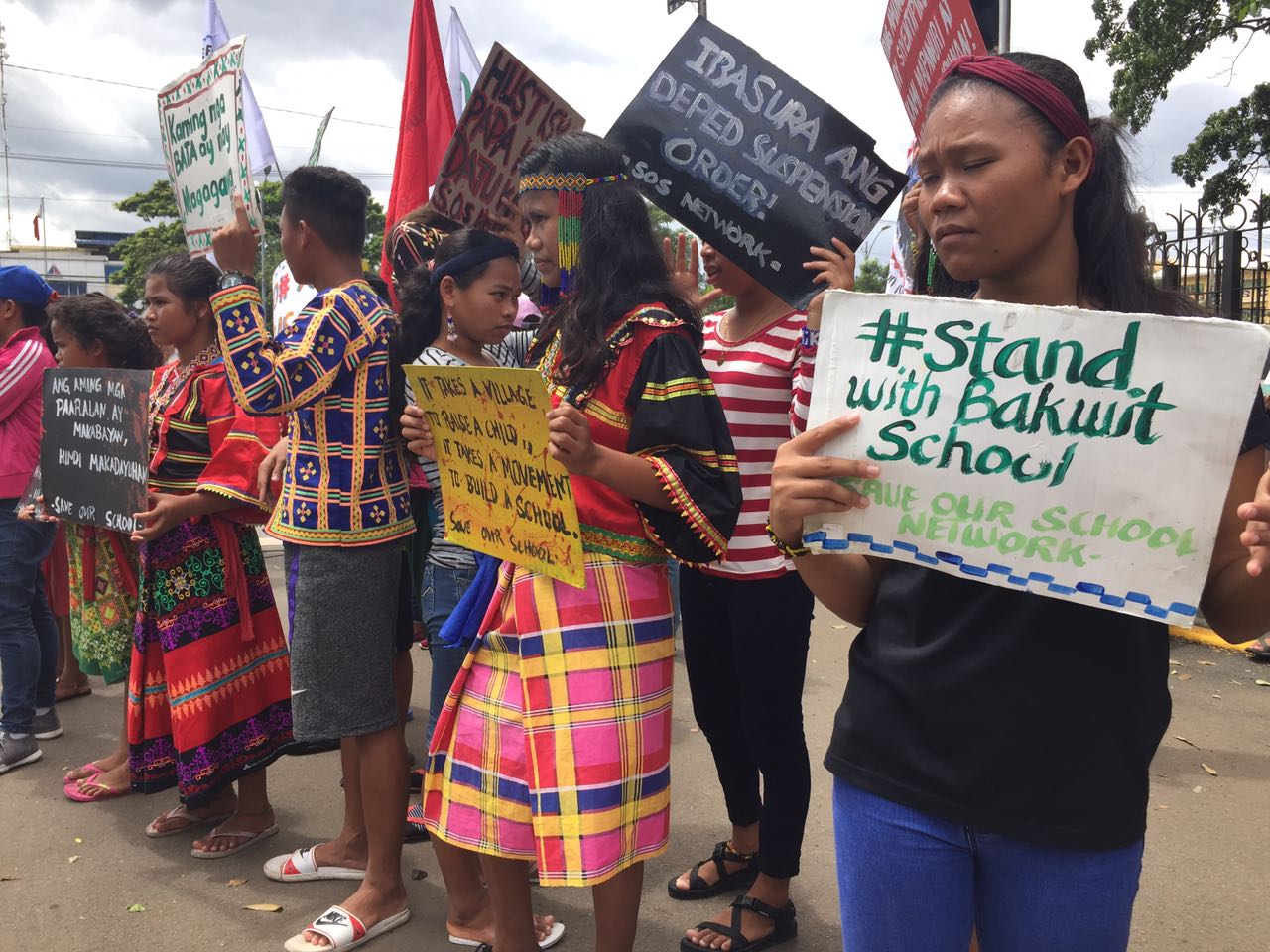 Lumad students protested outside the House of Representatives, calling for the re-opening of their schools while Education Secretary Leonor Briones presents DepEd’s budget for 2020. Briones ordered the closure of 55 Lumad schools in July, upon recommendations from security officials who claimed that students were being taught revolutionary ideas. Photo from Bayan Muna

MANILA, Philippines – Several Lumad leaders and students from the Save Our Schools (SOS) Network staged a protest outside the South Gate of the House of Representatives on Tuesday as the 2020 budget of the Department of Education (DepEd) was being discussed.

Photos sent to reporters by party-list group Bayan Muna showed Lumad students calling on DepEd to allow the schools for indigenous people in Mindanao to reopen, after the department ordered the closure of 55 schools last July.

The schools were ordered closed based on recommendations from National Security Adviser Germogenes Esperon Jr., who claimed that the schools were being used to teach communist ideology and were encouraging the use of violence against government.  /muf 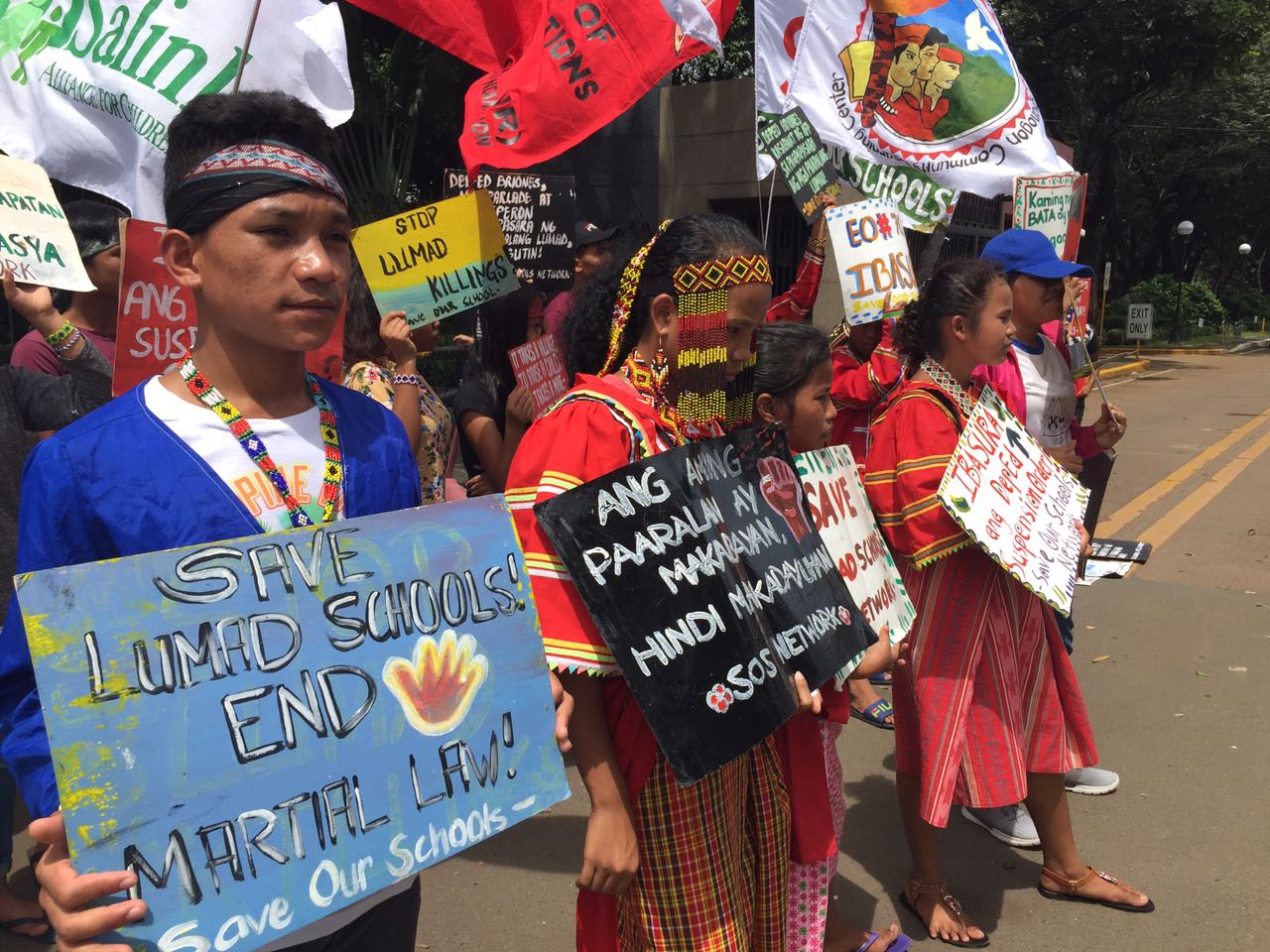 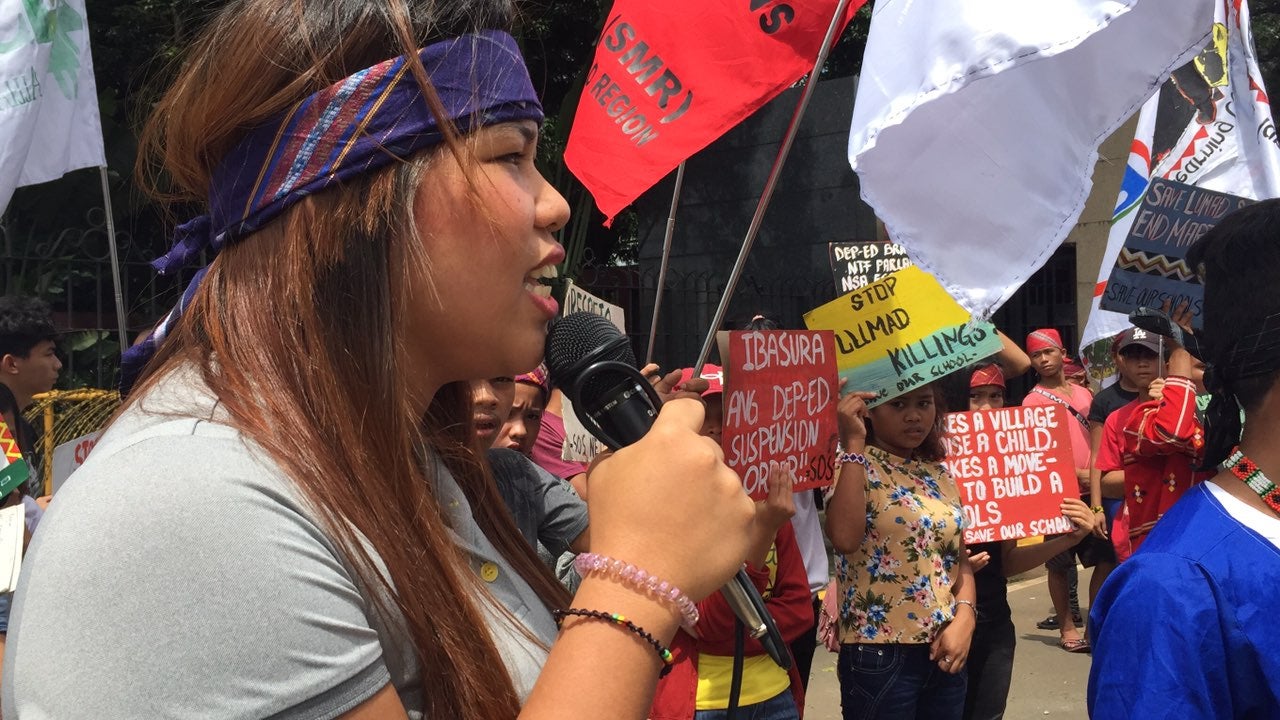 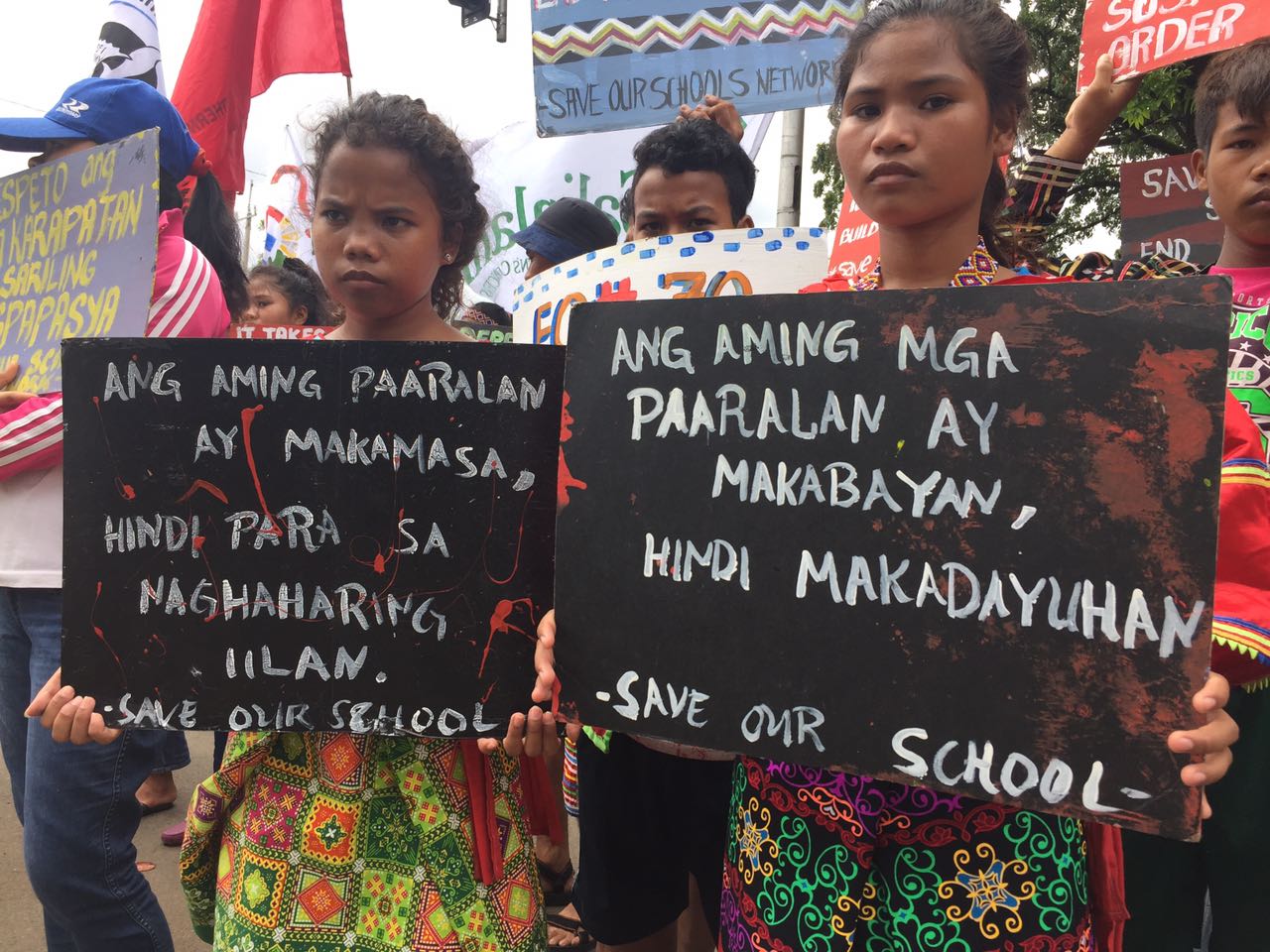