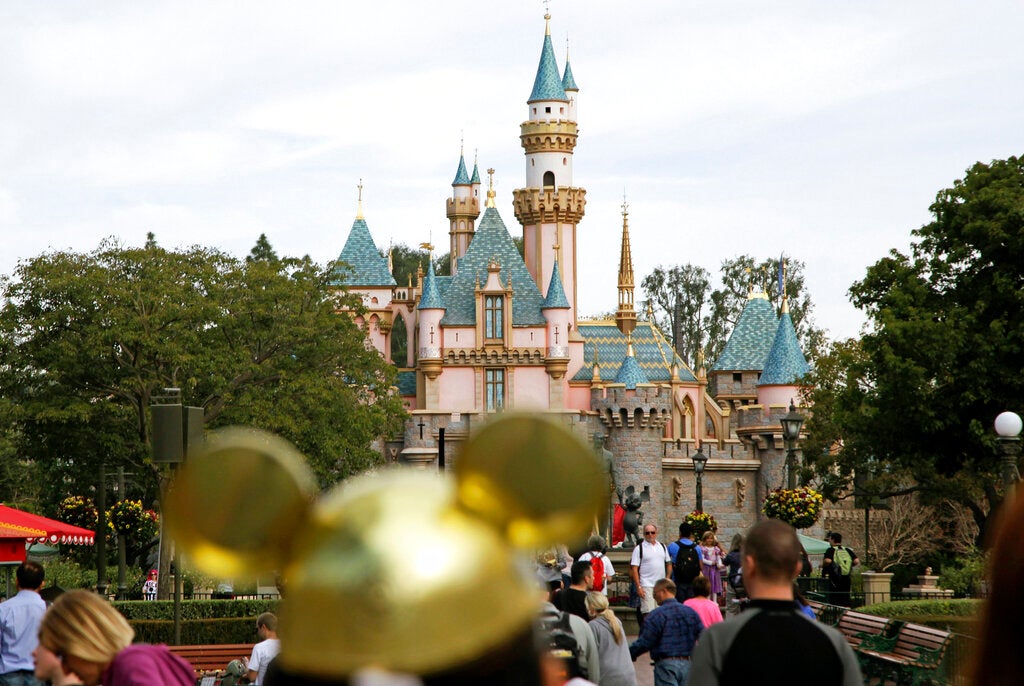 FILE – In this Jan. 22, 2015, file photo, visitors walk toward Sleeping Beauty’s Castle in the background at Disneyland Resort in Anaheim, Calif. A teenage girl traveling from New Zealand to Southern California this month was infectious with highly contagious measles and may have exposed others at Disneyland and a nearby hotel, health officials said Friday, Aug. 23, 2019. (AP Photo/Jae C. Hong, File)

SANTA ANA, California — A New Zealand teenager who visited Disneyland, Universal Studios, Hollywood tourist hot spots and the beach this month had measles and may have exposed others, public health agencies announced Friday.

The girl arrived at Los Angeles International Airport on Aug. 11 and went to the Desert Palms Hotel in Anaheim, officials said. She is believed to have gone to Disneyland and the Disney California Adventure Park on Aug. 12 and then Universal Studios, the TCL Chinese Theatre and Madame Tussauds in Hollywood and the Santa Monica beach and pier on Aug. 14-15, authorities said.

The agency said it has been working with the facilities to reach people who had close contact. There are no current reports that anyone has contracted measles from the teen, Quick said.

She said she expects to see more measles cases, generally, among international travelers who visit California because of an increase in the illness overseas.

“We’re in general concerned with the outbreaks going on in places in this country as well as internationally,” she said.

Disneyland officials on Friday said no employees at the theme park were reported to have contracted the illness. Dr. Pamela Hymel, Disneyland’s chief medical officer, said in a statement that health officials said the risk to employees and visitors “is likely low.”

The park boosted an existing immunization program earlier this year for employees, she said.

In 2015, a measles outbreak involving Disneyland sickened 147 people and spread across the U.S. and into Canada.

As of early this month, Los Angeles County health officials reported 16 measles cases among county residents this year and — in addition to the New Zealand girl — 10 others among non-residents who traveled through.

The Orange County health agency says people who may have been exposed should monitor themselves for symptoms such as fever and rash occurring up to 21 days from exposure. Quick urged anyone who has symptoms to call their health care provider before going to the doctor to avoid additional exposures. People are also urged to check their records to determine if they have been vaccinated or previously had measles.