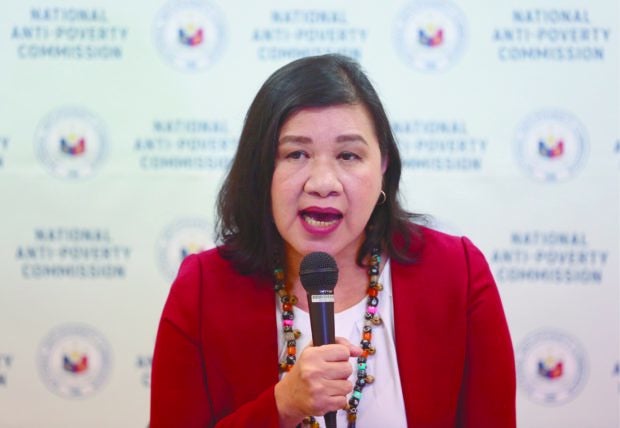 MANILA, Philippines – Women’s rights advocate on Friday questioned the government’s varied pronouncements on whether rape-slay convict Antonio Sanchez would be released from jail due to increased in time reductions from prison sentence.

Earlier, the Bureau of Corrections (BuCor) and the Department of Justice (DOJ) said review and recomputation of GCTAs of thousands of inmates could take about two months, among these inmates is Sanchez.

However, murmurs of the impending release of Sanchez drew the public’s ire.

On Thursday, BuCor Director Nicanor Faeldon said Faeldon may not be qualified to go home yet.

Justice Secretary Menardo Guevarra, on the other hand, said BuCor has yet to determine of Sanchez is eligible.

“Wala pa talaga,” Guevarra said adding that if Sanchez is not eligible, then the process would stop there.

“We should not lower our guards. We have to be vigilant,” Maza said during a protest at the DOJ in Manila.

The DOJ insisted that they are merely implementing the law.