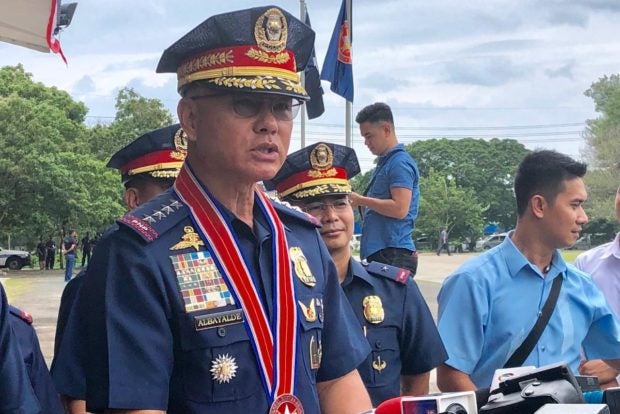 “Of course, baka meron din magtake-advantage na naman diyan, gawing or magkaroon ng (some may take advantage of it and establish) jueteng-type operations,” told reporters in a chance interview at Camp Bagong Diwa in Taguig City.

(Of course, some may take advantage of it and establish jueteng-type operations.)

Albayalde, however, clarified the PNP respects the decision of the President to lift the suspension of STL operations as Malacañang also provided certain conditions that should be met by its operators.

In confirming that the suspension of STL operations has been lifted, Presidential Spokesperson Salvador Panelo said: “Those compliant franchise holders will have to give three months’ deposit, those noncompliant will have to pay their arrears. There will be a waiver from suits. Franchise holders cannot sue.”

While the STL operations can now continue, Albayalde reiterated that his order to his subordinates to go after illegal gambling stays the same.

To recall, Duterte ordered on July 26 that all gaming operations of the Philippine Charity Sweepstakes Office (PCSO) be stopped in view of alleged “massive corruption” in the agency.

Before lifting the suspension on operations of STL, Duterte had also ordered the return of Lotto./jpv