Amid sedition case, Robredo spox says Court ‘not like basketball’ where cards can be hidden 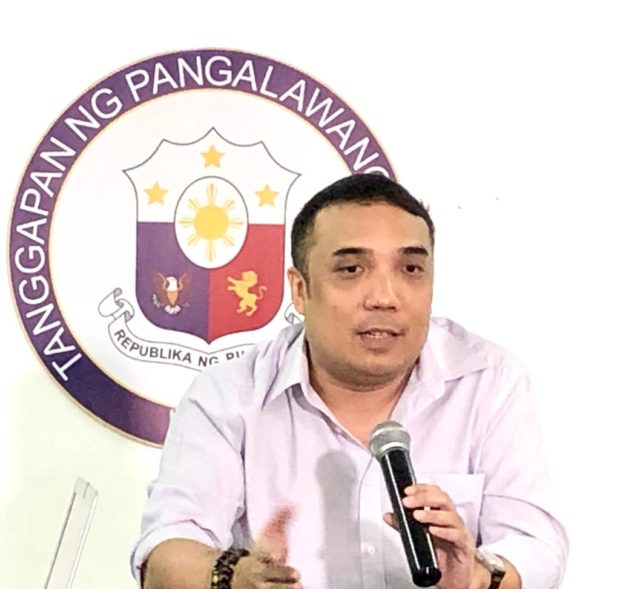 Vice President’s spokesperson Atty. Barry Gutierrez during the press briefing at the Office of the Vice President on July 25, 2019. Noy Morcoso/Inquirer.net

Atty. Barry Gutierrez, spokesperson of Vice President Leni Robredo, said this Wednesday following the statement of the Office of Solicitor General that preliminary investigation is not the place “for the full and exhaustive display of the parties’ evidence”.

“Medyo nadi-disturb din ako sa statement ni SolGen Calida na ‘we’re not required to produce all our cards at the moment.’ E ano ba to? In the interest of fairness and transparency, the prosecution should be presenting all the evidence na hawak na nila at this point hindi yung gulatan,” Gutierrez told INQUIRER.net at the sidelines of the Political Persecution in a Time of Democracy Forum in Quezon City when asked regarding the sedition case involving Robredo and several others over their alleged involvement in the release of the “Ang Totoong Narcolist” videos.

“He should read the rules of Court on preliminary investigation where there is clear right granted to the respondent to review and copy all the evidence of the prosecution,” he added.

The Department of Justice (DOJ) panel handling the case earlier gave the prosecution five days to provide the respondents a copy of the USB containing additional evidence on the case but the respondents claimed that it only contained copies of the videos.

Gutierrez pointed to Philippine National Police (PNP) chief Oscar Albayalde talking about an investigation in a move to supposedly verify and corroborate the claims of Peter Joemel Advincula, who initially introduced himself as the hooded man in the videos but later recanted his claims and said that the videos were released as a part of a plot to oust President Rodrigo Duterte.

“As of now tapos na ang deadline na binigay ng DOJ for the production of that evidence. Wala silang sinubmit na any such reports, a copy of any investigation report and so on so that’s really highly suspect in this particular case,” Gutierrez said.

“Ang lumalabas talaga dito, the only evidence that they gave was one, the affidavit mismo ni Advincula and two, copies of the videos that were supposedly uploaded,” he added.

“Natutuwa naman kami that DOJ ruled that they were given five days, nag expire na yung five days and within that five days they were not able to actually produce any additional evidence so the proceeding will continue based lang on what they were able to submit. And we’re very very ready to respond kung yun lang yung hawak nila,” Gutierrez said.

“Ako klaro, mahina ang kalong ito. Lumalabas tinutulak lang ito out of some kind of political motivation…. We’re going to respond to it on that basis and pinanghahawakan pa rin namin yung sinabi unang-una pa ni Secretary [Menardo] Guevarra ng DOJ that he will ensure that this process is fair,” he added.

And what does fairness mean for Gutierrez?

INQUIRER.net has reached out to the PNP regarding Gutierrez’ statement that no reports from their supposed probe were released. We have yet to receive their response as of posting time.