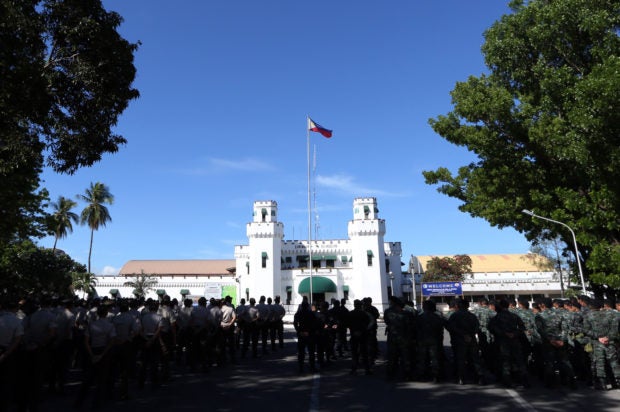 MANILA, Philippines — As early as 2010, Antonio Sanchez, former mayor of Calauan town in Laguna, was already thinking of what he would do once he got out of prison, where he was supposed to serve seven counts of reclusion perpetua for the rape and murder of Eileen Sarmenta and the murder of Allan Gomez — both students of the University of the Philippines – Los Baños.

Believing then that he was already eligible for pardon or parole, the former mayor told Radyo Inquirer in a 2010 interview that he was looking forward to a long vacation with his family, including a pilgrimage to Israel.

When the Supreme Court ruled that Republic Act No. 10592 — the law that increased the Good Conduct Time Allowance (GCTA) given to inmates — should be applied retroactively, the former mayor’s chances of gaining freedom early increased.

It amended several provisions of the Revised Penal Code, including Article 97, which the GCTA allotted to persons deprived of liberty (PDL) to the following:

In 2014, then Justice Secretary Leila De Lima and Interior Secretary Manuel Roxas II came up with implementing rules and regulations stating that the law should have a prospective application. This means that the law on the recomputation of the GCTA should apply only to PDLs imprisoned from the time that law was enacted.

In 2014, several lawyers questioned before the Supreme Court the constitutionality of the IRR.

The petitioners included a lawyer representing convicted prisoners from the New Bilibid Prisons, the Free Legal Assistance Group (FLAG) which was also acting on behalf of some NBP inmates, and former Senator Rene A.V. Saguisag.

“It [the law] discriminates, without any reasonable basis, against those who would have been benefited from the retroactive application of the law,” the petitioner said.

The Supreme Court ruled in favor of the petitioners, saying even PDLs before the law was passed should benefit from RA 10592.

The decision, which was penned by Associate Justice Diosdado Peralta, directed the DOJ and the Bureau of Corrections to immediately implement the law.

The total of his prison sentences could span up to three centuries.

However, Article 70 of the Revised Penal Code provides that “the maximum duration of the convict’s sentence shall not be more than three-fold the length of time corresponding to the most severe of the penalties imposed upon him.”

“No other penalty to which he may be liable shall be inflicted after the sum total of those imposed equals the same maximum period. Such maximum period shall in no case exceed forty years,” says the same article.

In 2010, a report came out that P1.5 million worth of crystal meth, locally known as shabu, was seized inside the prison cell of Sanchez, stashed in one of his Virgin Mary statues.

But he pointed out: “As the law, jurisprudence and legal principles stand now, it applies to all who are genuinely qualified based on objective criteria and not merely on mathematical computation devoid of context.”

“From a purely legal perspective and in principle, we have to grudgingly concede that because we have to be consistent,” he added. “But adjustments should be made to amend the law to reflect reality, ensure remorse, guarantee rehabilitation and determine its overall impact to the victims and society and not through mere mechanical computation devoid of context.”

For his part, Justice Secretary Menardo Guevarra said he ordered a strict review of the GCTA of all inmates involved in high-profile crimes.

“I have ordered a strict review and careful recompilation of the GCTAs of all persons deprived of liberty involved in high-profile and heinous crimes,” Guevarra said.