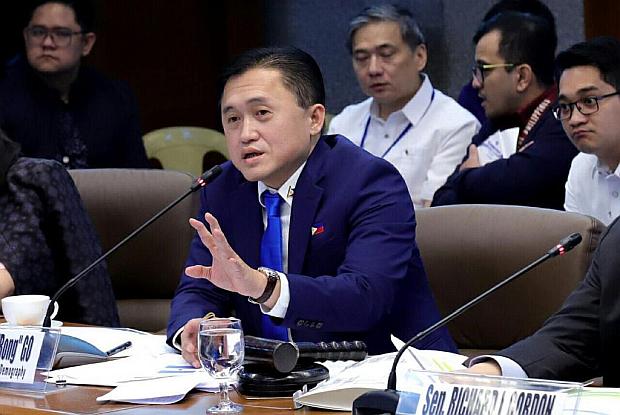 MANILA, Philippines — “The people deserve to know the truth and the seated officials must provide solutions, not excuses.”

This is what Sen. Christopher Lawrence “Bong” Go said on Wednesday, Aug. 14, during the Senate inquiry on the alleged anomalies involving the Philippine Health Insurance Corp. (PhilHealth).

[The Senate and the people have to know the truth about this issue. The interest of every Filipino has to come first.]

The Senate Committee on Health, which Go chairs, and the Senate Blue Ribbon Committee, headed by Sen. Richard Gordon, are conducting a joint investigation on the alleged fraudulent claims that PhilHealth granted to certain health care facilities and providers, including WellMed Dialysis and Laboratory Center (WellMed).

WellMed, which is based in Quezon City, allegedly filed falsified benefit claims with PhilHealth on behalf of deceased patients, receiving at least P800,000 using this scheme.

So many stages of review

Go questioned past and present PhilHealth officials on how the claims were able to pass through several stages of review.

[There was the submission of claims and then adjudication by benefits. There was an administration sector. So it will pass through that and you will check them. Then there’s a medical review by doctors. You will check them. And then payment approval. All that was in PhilHealth. So how did they slip through — all these upcasing, these overpayments, these fraudulent claims?]

Gilda Diaz, PhilHealth’s vice president for the National Capital Region, admitted that the claims system of the state-run corporation failed to detect the anomalies.

[The so-called ghost claims were not really detected by our claims system.]

She said that her office only learned of the case when the investigation was done and PhilHealth had to withdraw WellMed’s accreditation.

“The [PhilHealth Regional Office – National Capitol Region] was not also informed of the whistleblowers, of the investigation going on. We learned about the fraud activities only in late January po, when the fact-finding investigation and the Enforcement Department informed the Accreditation Department, kasi hiniling po namin na ma-withdraw po ang accreditation ng WellMed,” Diaz said.

“That is the time when we learned of the fraud activities po. The [PRO NCR] recommended the withdrawal of the accreditation to the head office,” she added.0

Go asked the same question to Dr. Roy Ferrer, who served as PhilHealth acting president and CEO from June 2018 to June 2019.

[What we really lack are doctors on the field to check.]

“Not necessarily doctors but health professionals,” he added. “In fact, during my time, I even asked nurses to be trained so that they will be able to know whether these claims are valid and there is a reason for [the patients] to be admitted or not.”

But Ferrer also admitted that corruption exists within the ranks of PhilHealth.

“We cannot deny that some of our employees are in cahoots [with private hospitals],” he said.

[Ah, so you have answered the question. That’s what we want to know — whether there was collusion, whether they were in cahoots, considering that WellMed was paid despite allegations of fraud. You said it yourself that they were ‘in cahoots’ with the employees. So I challenge the new management. To General Morales: Sir, maybe you can find a way to ensure that not even a single peso would slip through your fingers, under your new management.]

In his opening statement, Go also said that he would not take sides and would remain true to his oath as a senator.

[I’m not favoring anyone. Even friends or former co-workers were involved, even those who helped in my campaign, I will do what is right. I will fulfill my sworn duty.]

Echoing President Rodrigo Duterte, Go stressed that the anomalies must stop. He urged the Department of Justice to refile the case against WellMed, which allegedly claimed payments from PhilHealth for “ghost” dialysis sessions under the name of patients who had already died.

[The anomalies at PhilHealth should not be allowed to continue. As our President said, we would not allow it — not even a whiff of corruption. Those who are responsible should be held responsible. In the case of WellMed, I urge the DOJ to case in the appropriate court and strengthen its case so that we can be sure that someone would be punished.]

Go urged PhilHealth to clean up and fix its systems in preparation for the implementation of the Universal Health Care Law.

He expressed his trust in the newly installed officials of PhilHealth.

He also reminded officials that the money being spent on health care comes from the people and should be spent on the people.

[Patients should not have to beg to us for help because it is their money. That money belongs to the people. They deserve quality health service from our health officials. It’s hard and painful to think that our health care funds are lost and wasted because of corruption.]