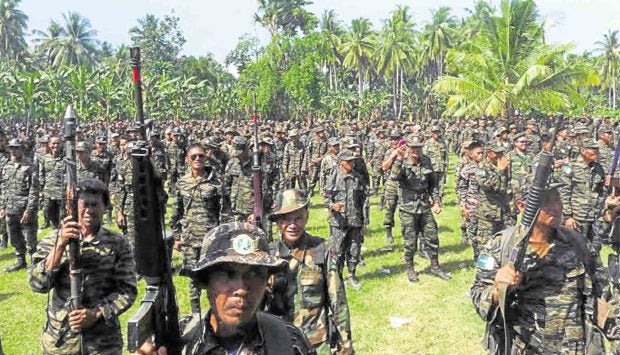 “The public launch of the decommissioning process will be on September 7 and it will be attended by no less than our President,” Galvez announced.

Another 35 percent will be decommissioned next year, while the remaining will be done in 2022 before the signing of the exit agreements.

Under the CAB, the normalization phase will follow after the political track, which has been accomplished with the passage of the Organic Law for the Bangsamoro Autonomous Region in Muslim Mindanao, which Duterte signed last year.

“The era of armed hostilities is now gone. We are now ushering a new age of genuine and sustainable peace throughout Mindanao,” Galvez said.