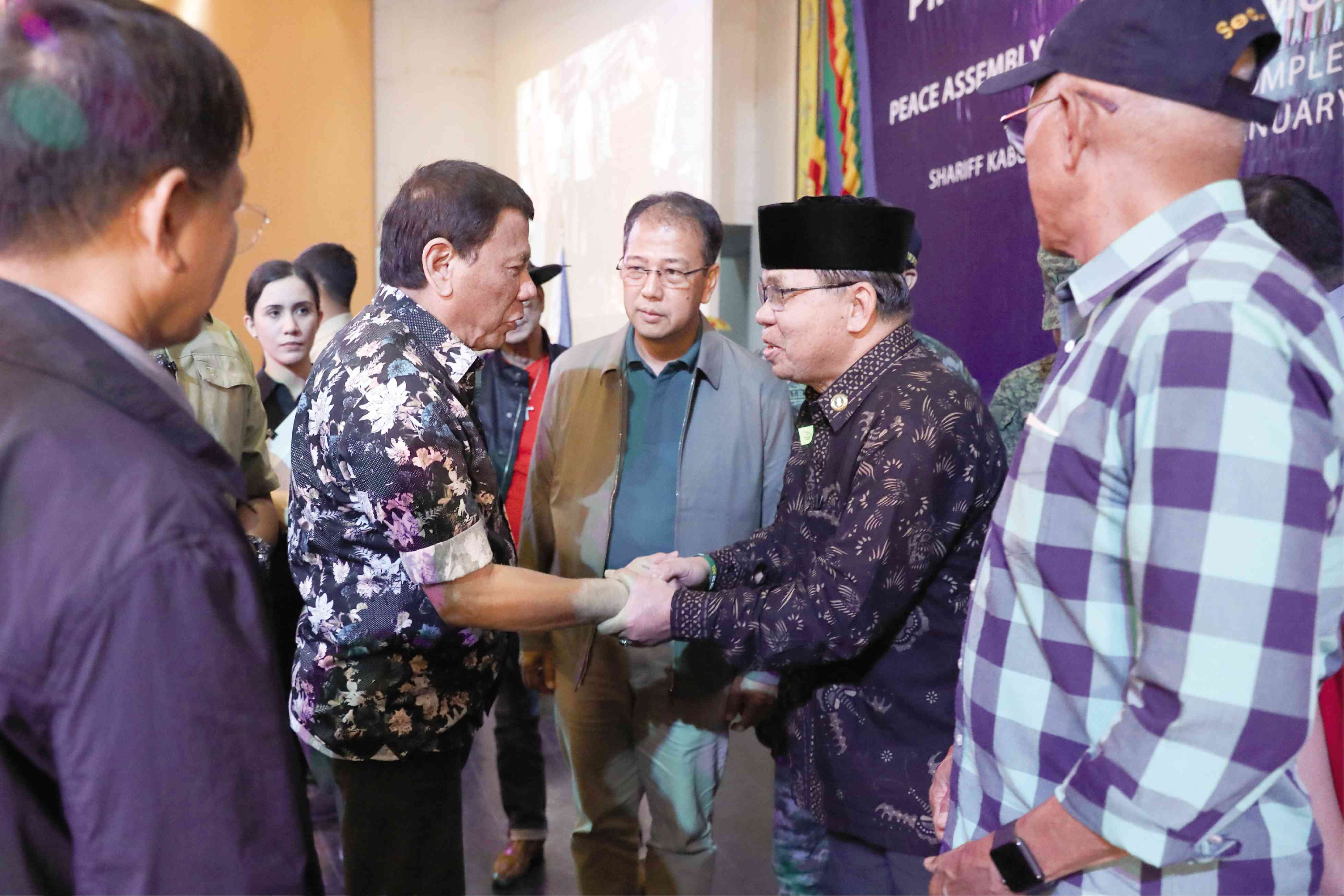 “That’s not what we want,” Murad said.

Aside from weapons, Moro combatants also will be decommissioned and  provided medium- to long-term socioeconomic support by a task force on former combatants and communities.

But Murad said his followers would not hold on to their firearms forever.

“We are willing to give up our weapons because we know if you look in progressive countries worldwide, they have no guns,” he said. “We will … decommission all our guns. We can live without it.”

If the international community sees Moro rebels laying down their arms, development would come in in the troubled region, according to Maguindanao Gov. Ismael Mangudadatu.

“It might also force other groups [to follow] once they see the outcome of the decommissioning. The problems in Mindanao will vanish,” he said.

Under the BOL, Muslim Filipinos will be allowed to elect members of their own parliament that will administer Islamic-majority areas in Mindanao and nearby islands, where five decades of Moro insurgency have killed more than 100,000 people.

The law will give them control over many local government functions, including taxation and education, and allow Muslim Filipinos to incorporate Islamic law into their justice system.

Once the BOL is ratified, an 80-member Bangsamoro Transition Authority, whose members will be appointed by the President, will run the BARMM’s parliamentary government until the election of its first set of officials in 2022.

The BARMM will have wider political and economic powers than the present ARMM.

The annual block grant, which was earlier estimated to be about P60 billion, shall be automatically appropriated in the national budget.

At least P5 billion per year for 10 years, or P50 billion in total, will also be provided by the national government to the BARMM as special fund for rehabilitation and development, in line with the “normalization” aspect of the 2014 peace accord.

The Bangsamoro government will also get 75 percent of the total national taxes and fees collected in the region.