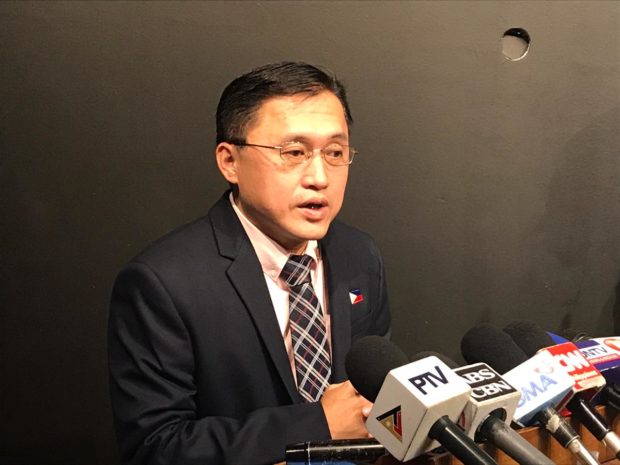 Senator Christopher “Bong” Go answers questions from the media at the Senate on Tuesday, August 20, 2019. Photo by Christia Marie Ramos/INQUIRER.net

According to Go, Duterte’s planned convention in September could be an opportunity for the LGBTQIA+ community to discuss issues specially in the promotion and protection of their rights.

The former presidential aide added that Duterte is also mulling the signing of an executive order (EO) creating an LGBT Commission while the anti-discrimination bill is pending in Congress.

“While waiting po na ipasa itong SOGIE bill, nangako si Pangulo na maybe [he] might sign an executive order creating an LGBT commission, pagaaralan pa,” he added, noting that the possible signing of the said EO was among the proposals the President made when he met with transgender woman Gretchen Diez on Monday night.

Police earlier arrested Diez for unjust vexation as she video-recorded her confrontation with a janitress, who barred her from using a toilet designated for women in a Quezon City mall. /kga