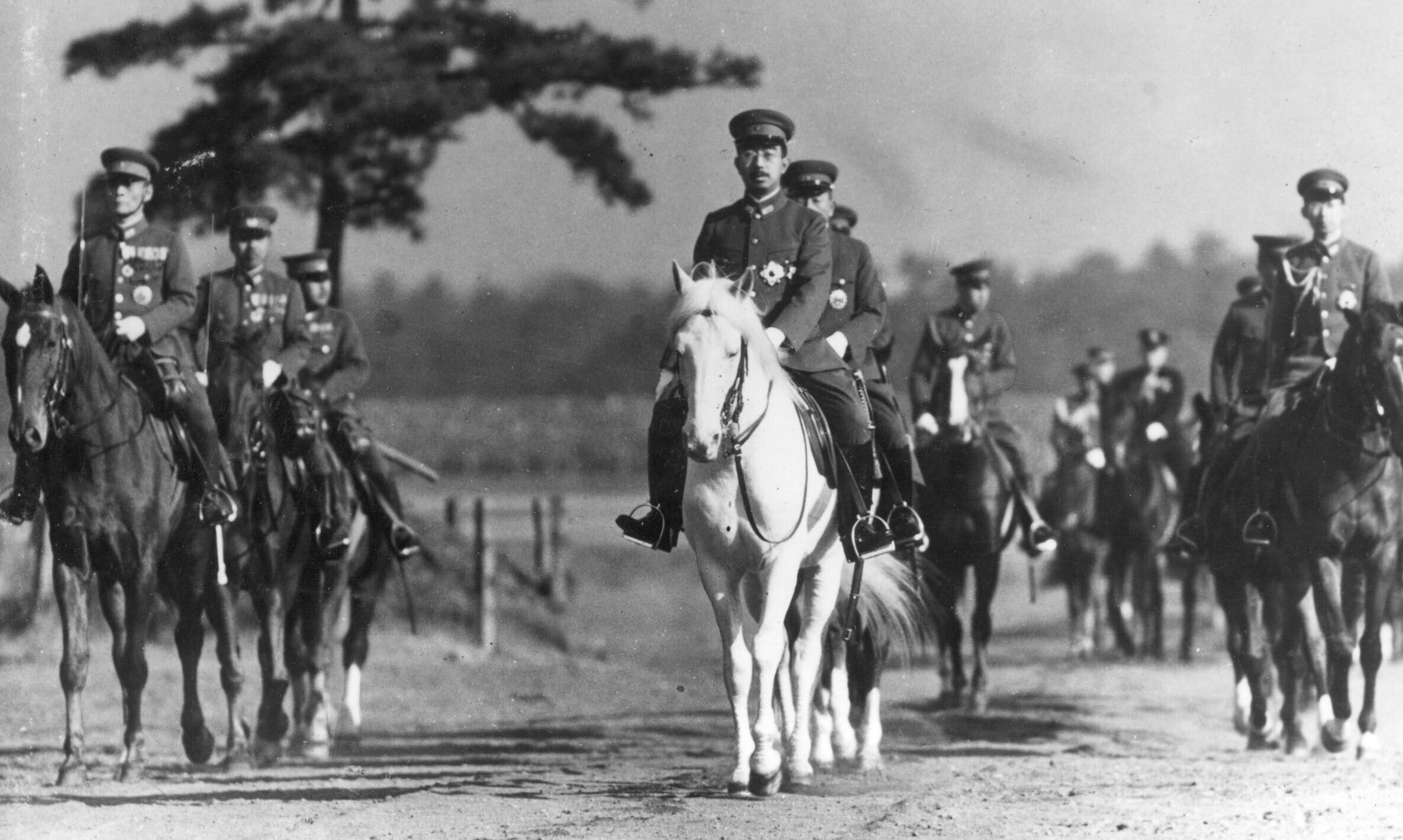 In this January 1940 photo, then Emperor Hirohito, center, rides a horse in Tokyo. Japan’s NHK television obtained documents showing that former Emperor Hirohito repeatedly felt sorry about World War II and tried, although unsuccessfully, to express his feelings by using the word “remorse” in a 1952 speech. The records of conversations with Hirohito spanning nearly five years were kept by Michiji Tajima, a former top member of the Imperial Household Agency, who took office after the war. (Kyodo News via AP)

The 18 notebooks, written by Michiji Tajima, a top official at the Imperial Household Agency, featured dialogue between him and Hirohito between 1949 and 1953.

According to the documents, the emperor said in 1952: “No matter what, I really think I need to include the word remorse” in his planned speech to mark Japan’s regaining of its independence later that year.

The emperor was also cited as saying: “For myself, I do feel great remorse. I really want to add the phrase — reflection on the past and self-discipline for the future — even if the words can be changed.”

But then prime minister Shigeru Yoshida opposed the emperor’s plan to publicly express regret and remorse, telling Tajima: “There is a danger that people will say he was responsible for starting the war.”

The phrases of regret and remorse were eventually deleted from the speech delivered by Hirohito to celebrate the 1951 San Francisco peace treaty.

Hirohito, who died in 1989, is the grandfather of Emperor Naruhito, 59, who ascended the Chrysanthemum Throne in

May from his father Akihito, the first Japanese emperor to abdicate in more than two centuries.

Emperor Hirohito was once worshipped as a living demigod and served as Japan’s commander-in-chief during its march across Asia in the 1930s and 1940s.

Hirohito’s speech to surrender in the war was broadcast on radio on August 15, 1945, days after the U.S. dropped atomic bombs on Hiroshima and Nagasaki.

Hirohito’s responsibility for the conduct of the war remains a point of debate with some scholars, particularly American, who argue the emperor was not a puppet of the military but an active commander who escaped justice with U.S. connivance.

The question of “remorse” over the war remains sensitive in Japan even to this day.

Last Thursday, Naruhito spoke of his “deep remorse” over the country’s wartime past, in his first speech to mark the end of World War II since his enthronement.

His comments were being monitored in Tokyo and throughout Asia for any change in tone but he closely echoed the language employed by his father Akihito.  /muf