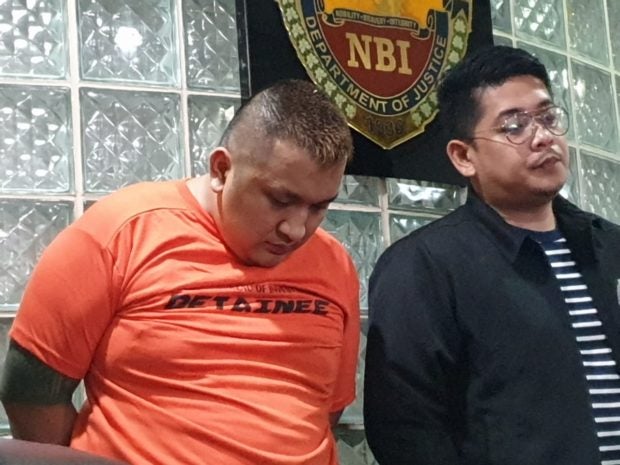 Jose Adrian Dera: I’m neither a relative nor an aide of Senator Leila de Lima.

MANILA, Philippines – Jose Adrian Dera or “Jad” said he is not a nephew or aide of former Justice Secretary Leila De Lima but a police anti-drug asset.

National Bureau of Investigation (NBI) agents who arrested Dera on Friday said they did not include him on the list that they recommended be prosecuted for facilitating illegal drug trade inside the New Bilibid Prison (NBP) because he has no involvement in such activity.

“We charged 18 personalities in that investigation [including Senator De Lima] and as per our record, we did not charge the accused [Dera]…As far as our investigation is concerned…wala kaming nakitang involvement nya,” NBI Deputy Director Vicente De Guzman said at a press conference. De Guzman was among those who conducted an investigation and case build-up regarding the illegal drug trade inside the national penitentiary.

Records from the Department of Justice (DOJ) showed that Dera was included in the complaint filed by the Volunteers Against Crime and Corruption (VACC) and he was indicted based on the affidavit of convicted drug lord Peter Co. The Muntinlupa Court eventually issued a warrant for his arrest in 2017.

Dera’s lawyer Atty. Raymond Palad said his client was tapped as a deep penetration agent or an “alpha” by the NCRPO Regional Anti-Illegal Drugs (NCRPO-RAID) on Feb. 26, 2016 because of his connection with Bilibid inmate Hans Tan. Tan is one of the inmates who testified against De Lima during the House inquiry.

He said the police was able to confirm the existence of drug trade inside Bilibid through the millions worth of “test buys” Dera did with Tan.

Palad said his client denied receiving millions of money from Co and other inmates for the senatorial bid of De Lima.

Dera has a pending warrant of arrest for the Muntinlupa Court. The NBI said Dera was also accused of taking part in the slaying of a member of “True Brown Style” in the Quezon City Jail

Palad said Dera and his family left their house in Manila after they were ambushed where he and his wife sustained injuries.