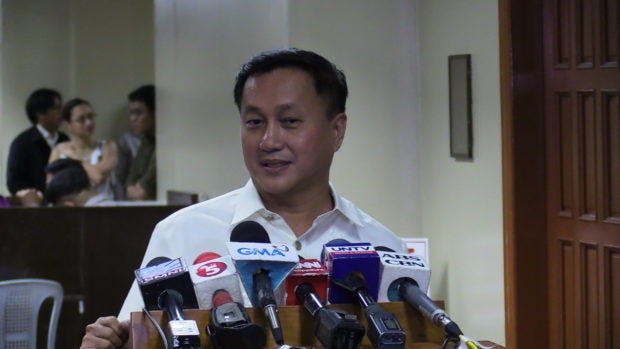 During the Senate session hours after the Blue Ribbon Committee conducted a hearing into the alleged corruption and anomalies within the Philippine Health Insurance Corporation (PhilHealth), Tolentino called for the expansion of crimes covered by the death penalty.

“There might probably be some elbow room to expand the broad definition of where death penalty should fit in,” the senator said during a manifestation.

“After listening to the fraud, the deceit, the lies, the white-collar activities, crimes to that effect in other jurisdiction, this representation is of the belief that an expansion of the death penalty proposals right now should probably include white collar crimes that lead to massive deception; and fraudulent schemes  that should have been prevented” he added.

In June, the Inquirer reported that PhilHealth had lost P154 billion due to overpayments and fraudulent transactions.

According to a separate report, PhilHealth had also paid for “ghost” dialysis treatments for patients who were either already dead or have stopped their treatments.

Tolentino further said that his proposed expansion on the coverage of the death penalty would not only include the “PhilHealth scam” but also other schemes, like the Ponzi scam and “other schemes that are meant to deceive individuals by non-violent means, non-drug related schemes and would ultimately result to the same consequence.”

“But having said that, let’s take the opportunity when the justice committee hears this bill to debate on that point,” he added.

Drilon has vowed to fight “tooth and nail” efforts to reinstate death penalty in the Philippines.

He earlier pointed out that reviving the death penalty would be like giving death sentences to the poor given the inadequacies of the Philippine justice system.

So far, four senators has filed separate measures seeking to restore capital punishment for heinous drug-related crimes, as well as for plunder.