Red Cross chief: Geneva Conventions are not being respected

UNITED NATIONS – The head of the International Committee of the Red Cross warned Tuesday that 70 years after countries adopted the Geneva Conventions to limit the barbarity of war, the terrible suffering in conflicts today shows they are not being respected. 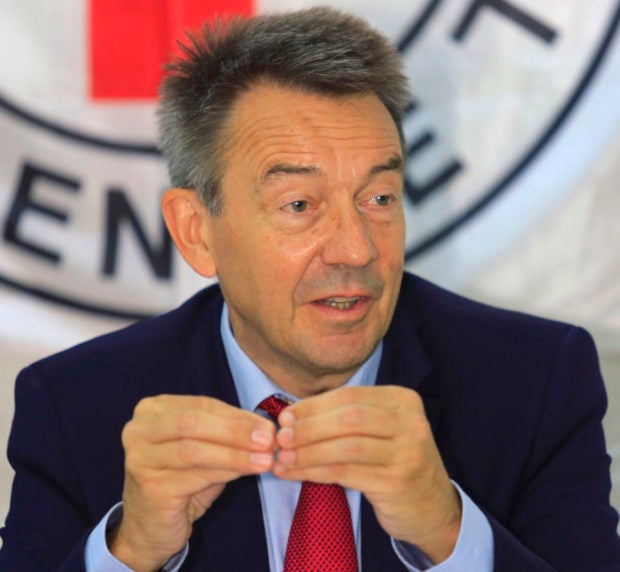 Peter Maurer told a U.N. Security Council meeting marking the anniversary that continued violations of the rules in the conventions doesn’t mean they are inadequate, “but rather that efforts to ensure respect are inadequate.”

The four Geneva Conventions were adopted on Aug. 11, 1949, and have been universally ratified by the world’s countries.

The first three were revised from earlier treaties to update rules on protecting the wounded and sick in the armed forces on land and sea and prisoners of war.

The fourth was the first-ever treaty specifically dedicated to protecting civilians in times of war.

A new provision is now included in all four conventions to provide protections in conflicts that aren’t between countries, such as civil wars and those involving armed group not affiliated with governments.

Germany’s foreign minister, Heiko Maas, told the council the Geneva Conventions are “the cornerstone of international humanitarian law, and their spirit is upheld by the brave men and women in humanitarian operations worldwide who dedicate their lives to saving the lives of others.”

But Maas said respect for humanitarian law “is declining” and the complexity of modern warfare is adding deadly challenges. He pointed to extremist groups, conflicts without borders, and daily attacks on civilians, medical facilities and schools.

“We are failing the most vulnerable,” Maas said. “We are not living up to our legal and ethical obligations. … It is a threat to peace and security when thousands of people die, when tens of thousands fear for their lives.”

Polish Foreign Minster Jacek Czaputowicz, who presided as this month’s council president, said the greatest challenge to protecting lives in modern conflict is ensuring that armed forces and armed groups respect the rules of warfare.

“These violations of humanitarian law occur for a number of circumstances: brutal conduct of warfare, willingness to intimidate opponents, feeling of impunity of perpetrators,” Czaputowicz said. “If existing rules were followed, much of the human suffering in contemporary armed conflicts would not occur.”

Maurer said the challenge is to ensure not only that the conventions are part of military doctrine and rules but that they become an ethical standard of behavior and “that fighters facing a choice to act in violation of the law know and say, ‘This is wrong; this is not who I am.'” /gsg