MANILA, Philippines —President Rodrigo Duterte has signed a bill that would allow workers in hotels, restaurants and other related establishments to receive 100 percent of the service charge collected from customers

Under Republic Act No. 11360, which was signed August 7, all rank-and-file and supervisory employees should receive 100 percent of the service charge collected.

The law amends the Article 96 of the Labor Code of the Philippines, which states that the employees are only entitled to 85 percent of the service charge in hotels, restaurants and similar establishments.

Those who are classified as managers or those “who lay down and execute management policies or to effectively recommend such managerial actions” are not included among those who will receive share in the service charge.

Senator Joel Villanueva, who chairs the Senate committee on labor, said that with the signing of the law, the government put an end to the 40-year struggle of hospitality workers.

“The law allows our frontline service workers to enjoy the fruits of their labor, the reward for providing good, quality service,” the senator added. /jpv 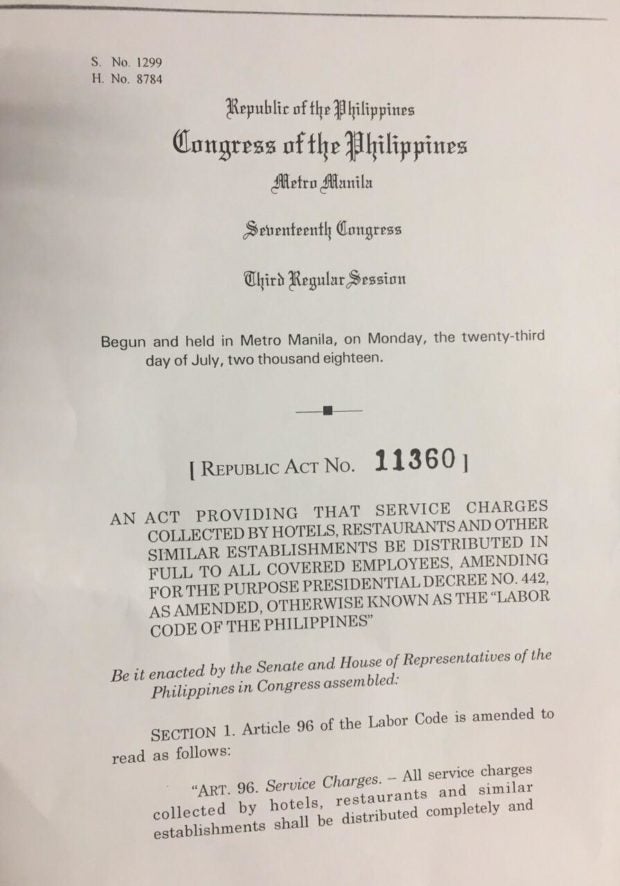 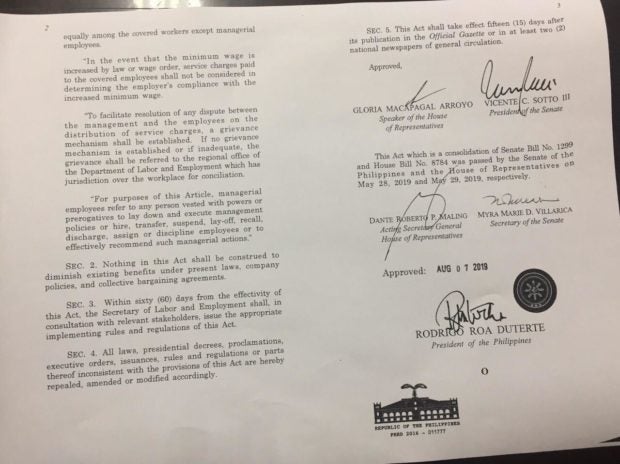