Bato to groups tagged in disappearance of minors: Appear in Senate probe 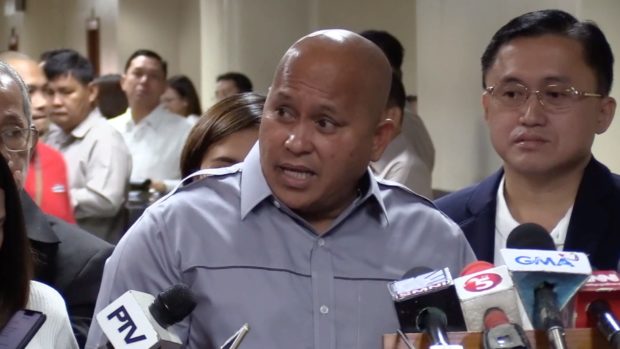 MANILA, Philippines — Senator Ronald “Bato” dela Rosa wants leftists groups tagged as behind the disappearance of some student-activists to appear in the Senate and explain themselves in the next hearing.

Dela Rosa, who chairs the Senate Committee on public order and dangerous drugs, presided over the hearing concerning the missing minors who were reportedly recruited by leftists organizations.

Some mothers turned emotional at the Senate investigation on Wednesday, were they narrated how their children left home to join groups such as Anakbayan.

During the hearing, the Criminal Investigation and Detection Group (CIDG) revealed that they have lodged kidnapping and other complaints against Anakbayan leaders. However, Kabataan Representative Sarah Elago slammed the complaints as it was aimed to “harass” and “silence” progressive youth groups.