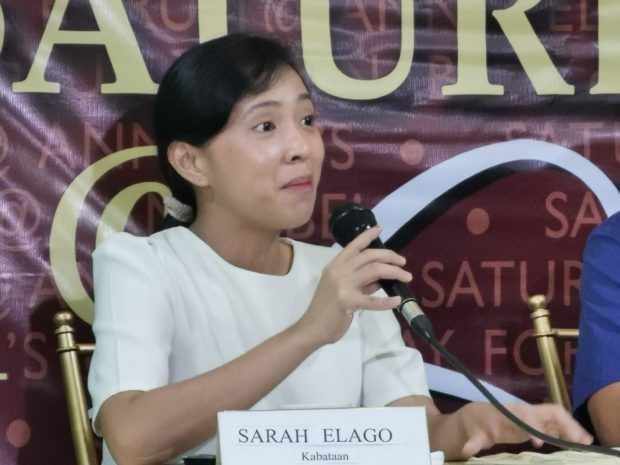 The Criminal Investigation and Detection Group (CIDG) revealed during a recent Senate inquiry that they lodged kidnapping and other complaints against Anakbayan leaders over a “missing” senior high school student whom they allegedly recruited.

Elago expressed confidence that the complaints would not prosper as these were based on “fake news and false allegations.” She also pointed out that the student herself admitted that she willingly joined Anakbayan and was not missing.

The Senate inquiry initiated by Senator Ronald dela Rosa, former Philippine National Police chief, was ultimately aimed at putting pressure on schools to allow uniformed personnel in their premises, according to Elago, as it is part of a systemic drive to repress students’ freedom to express and organize.

The party-list congresswoman, nevertheless, said they would look into the complaints of some parents whose children were recruited by leftists groups. /kga