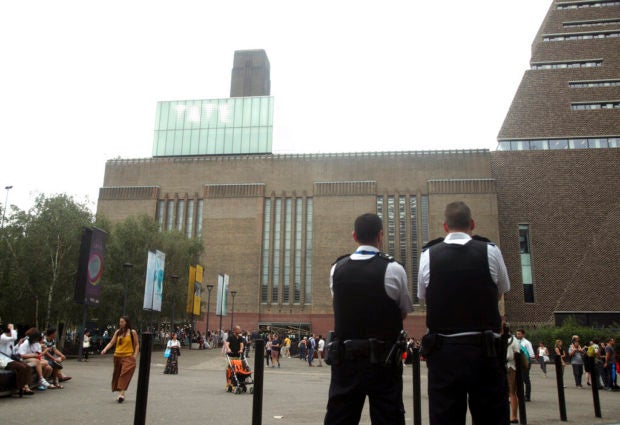 LONDON — A youth court in London ordered a teenager held on an attempted murder charge Tuesday for allegedly throwing a 6-year-old boy from a viewing area at the top of the British capital’s Tate Modern museum.

The French boy was only a short distance from his parents Sunday when he was picked up and thrown over the railing of the museum’s 10th-floor observation deck, an action “carried out extremely swiftly and in one movement,” prosecutor Sian Morgan said.

The older and younger boy had no prior connection, the police department says.

Detective Chief Superintendent John Massey said investigators were treating the “truly shocking incident” as an isolated event “with no distinct or apparent motive.”

The 6-year-old remains hospitalized in critical but stable condition with a sustained brain bleed and fractures to his spine, legs and arms, prosecutors said.

The public viewing area encircles the top level of a 2016 addition to the Tate Modern that is 64.5 meters (211 feet) in height. Police and paramedics found the victim on a roof five stories below.

During a Tuesday hearing at Bromley Youth Court in south London, the suspect spoke only to confirm his name, address, date of birth and nationality. He cannot be identified publicly because of his age.

The teen is scheduled to appear at London’s Central Criminal Court on Thursday.