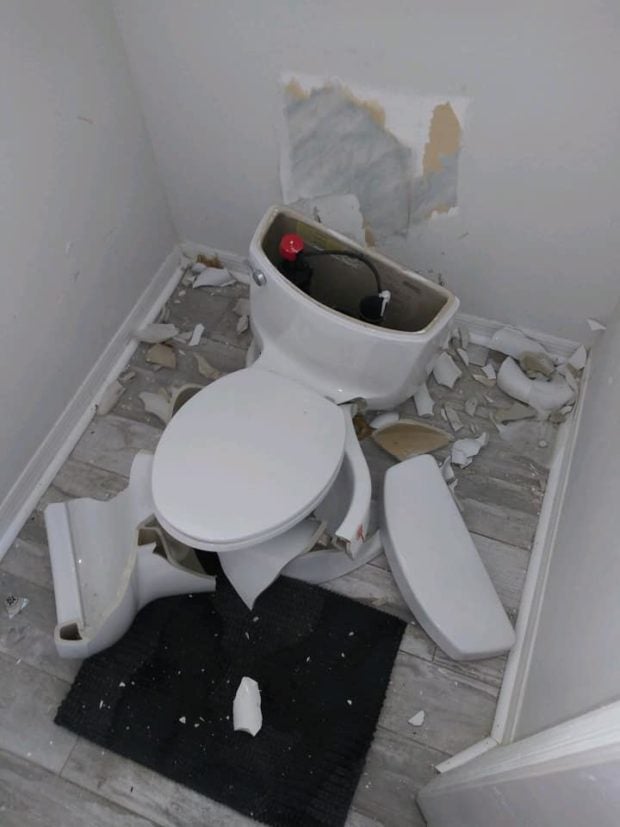 MaryLou Ward, who was relaxing with her husband and three dogs, was roused out of bed when they heard a loud noise, NBC-affiliate WFLA-TV reported on Monday, Aug. 5. Ward discovered that her toilet has exploded to pieces when she went inside the master’s bathroom.

“It was the loudest noise I’ve ever heard it just went BOOM,” Ward was quoted as saying. “We got out of bed and came over here, and the toilet was laying on the floor.”

Ward sought the help of a plumbing service, A-1 Affordable Plumbing Inc., to determine the cause of the incident. It turns out that lightning struck the septic tank of Ward’s home which caused her toilet to explode, as per the plumbing company’s Facebook post on the same day.

GUARANTEED YOU HAVE NEVER HEARD A STORY LIKE THIS.No more pooping while it’s storming outside.Lightening struck this…

“[Lightning] struck this [homeowner’s] septic tank, igniting the methane gas (natural gas from sewer) in the sewer pipes and causing an explosion,” the company said. “The toilet exploded in [the homeowner’s] master bathroom sending porcelain airborne like a missile (the porcelain penetrated into wall). [Luckily] no one was hurt!”

According to the plumbing company, Ward’s sewer pipes and septic tank have to be replaced. A camera inspection will be scheduled “this week to see how much sanitary pipe needs to be replaced.” Hannah Mallorca/JB

Man needs 15 stitches after python in toilet bites his penis