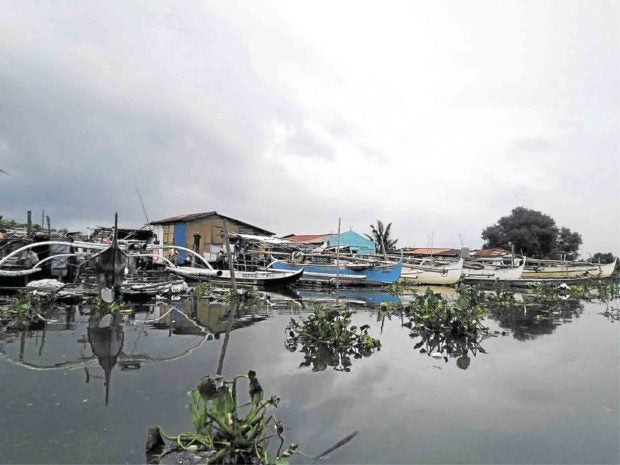 COASTAL LIVING Residents in coastal communities of Barangay Taliptip in Bulakan town, Bulacan, want an assurance that they will be relocated once the construction of an international airport in the province starts by year-end. —CARMELA REYES-ESTROPE

BULAKAN, Bulacan, Philippines — Fishermen and their families who will be displaced by the construction of a P734-billion international airport here are hopeful they would be given relocation and livelihood.

Avelino Valiente, 67, a resident of Bunutan Island in Barangay Taliptip, said no formal talks had been made yet about their relocation but their village officials had assured them of a resettlement area.

The airport project, dubbed Aerotropolis, also threatens the livelihood of more than 5,000 residents, mostly fishermen, in this town’s coastal villages.

About 2,070 hectares of privately owned fishponds in the villages of Bambang and Taliptip will be developed to give way to the project of San Miguel Corp. (SMC).

The project was the company’s answer to the worsening air traffic congestion at Ninoy Aquino International Airport (Naia) in Pasay City.

SMC proposed the project three years ago and saw no rivals by the Swiss challenge deadline on July 31.

Once completed, the airport will have at least four parallel runways and can accommodate more than 100 million passengers, or about three times the current design capacity of Naia.

Giovanni Lopez, chair of the bids and awards committee of the Department of Transportation, said a groundbreaking for the new airport was scheduled later this year.

The first phase of the project may be operational within four to six years after construction starts.

According to Valiente, most villagers facing displacement continue to oppose the project for fear that they will lose their homes and sources of income.

Gerry Panganiban, 54, a fisherfolk leader at the subvillage of Capol in Barangay Taliptip, said he and his family did not want to leave since the area had been their source of livelihood.

“If we have a choice, we will stay here. But if getting displaced is inevitable, we should be treated well by giving us a decent relocation site and a source of livelihood,” Panganiban said.

“If we will be relocated without giving us a source of income, we will just stay and die here. Fishing is the only livelihood that we know,” said Epifanio Pascual, 73.

Janet Tuazon, 47, who was born on Bunutan Island, also in Barangay Taliptip, said they preferred their modest lifestyle as they also enjoyed free water supply and electricity from solar power.

Although villagers were told that they would be given a relocation site, they had not been informed about where and when they would be resettled, Valiente said.

The militant fisherfolk group Pamalakaya had opposed the project, saying it would lead to the destruction of mangroves that would make coastal communities vulnerable to flooding. —Carmela Reyes-Estrope