Provincial bus ban on Edsa to push through but only ‘voluntarily’ 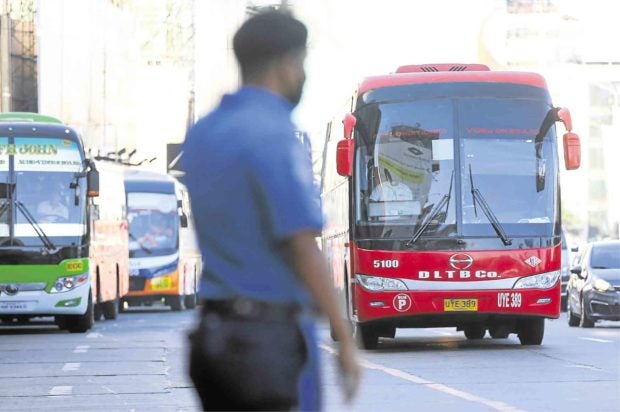 MANILA, Philippines – The Metropolitan Manila Development Authority (MMDA) on Tuesday said the provincial bus ban along the Epifanio de los Santos Avenue (Edsa) would push through, but only for bus operations who would volunteer to join.

MMDA General Manager Jojo Garcia said he would not order that bus operators join the dry run, but bus operators who initially volunteered to participate could still do so.

Garcia said that no penalties will be imposed against bus operators who would not be joining the dry run, but he added that he is holding onto the words of those who volunteered to participate.

The dry run of the provincial bus ban along Edsa was supposedly scheduled for Wednesday, but the Quezon City Regional Trial Court (RTC) Branch 223 issued a preliminary injunction against a memorandum circular issued by the Land Transportation Franchising and Regulatory Board (LTFRB) that amends provincial bus routes and prohibits provincial buses from using Edsa.

The LTFRB memo served as the basis for MMDA in implementing the provincial bus ban.

This caused confusion among operators and commuters alike whether the dry run would push through.

Garcia said traffic enforcers would still be deployed to assist those who would be voluntarily joining the dry run.

“Ang samin lang, tomorrow it’s another business work, tomorrow is another work day for us. If ever may gustong testing-in, nakabukas ang mga interim na yan. Nandyan na yan. Anyone can pass, anyone can stop if they want to try. Pera hindi ko sila pinipigilan na hum into dyan,” Garcia said.