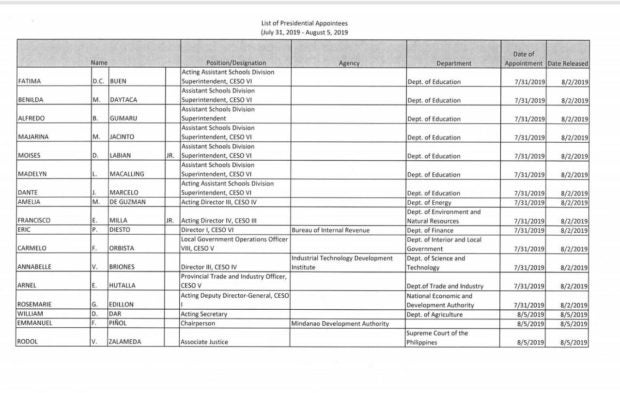 In July, Piñol offered to resign following reports that Duterte is unsatisfied with his performance.

READ: DA chief Piñol offers to resign; says he is open to lead MinDA
But in an interview, the President said the transfer of Piñol to MinDA has nothing to do with his performance at the DA.

He said he needed someone who is familiar with Mindanao who can help in the affairs of the Bangsamoro Autonomous Region in Muslim Mindanao (BARMM).

Piñol has been blamed for the rising prices of basic commodities and was called out by Duterte’s economic team for the “anemic growth” in the agriculture sector./gsg