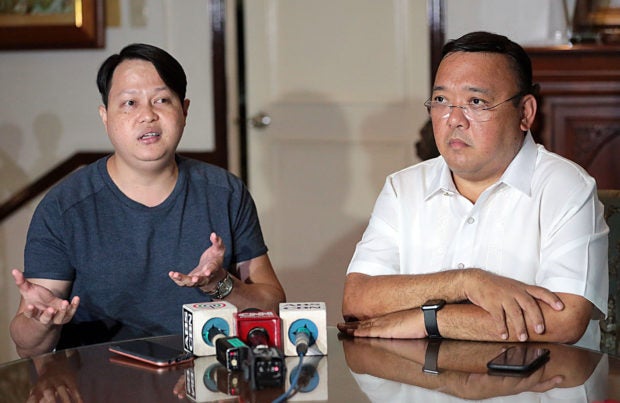 MANILA, Philippines — The dismissal of the criminal complaint against the owner and several officers of WellMed Dialysis and Laboratory Center in connection with alleged fraudulent claims with the Philippine Health Insurance Corp. “will derail all efforts to cleanse” the state health insurance company, lawyer Harry Roque said.

“We are alarmed at the dismissal of the criminal complaint we filed against WellMed. This will derail all efforts to cleanse PhilHealth preparatory to the implementation of the Universal Health Care Law, which I authored in the 17th Congress,” Roque said in a statement.

This after the Quezon City Regional Trial Court dismissed the case for lack of jurisdiction, saying that it was filed with the wrong court.

The court further clarified that the dismissal of the case “has nothing to do with the guilt or innocence of the accused.”

“The whistleblowers remain firm in their conviction to expose the truth and to seek justice for the Filipino people,” Roque noted.

The former presidential spokesperson is the legal counsel of Edwin Roberto and Liezel Santos, the two former employees of WellMed in Novaliches, Quezon City.

Roberto and Santos came out and exposed an alleged scam regarding dialysis treatment at WellMed.

In June, the Philippine Daily Inquirer reported that WellMed collected payments from PhilHealth for “ghost” dialysis treatments wherein patients were either already dead or have stopped their treatments.

According to Roque, Roberto and De Leon should not have been included in the cases together with the owners of WellMed “because there is nothing in the witness protection program law that required that they be charged.”

He added that PhilHealth officials “in obvious collusion with the owners of WellMed” should have also been charged.

He further said that the “proper charge” against the WellMed owners “obviously in collusion with people within PhilHealth” should have been graft and corruption or plunder.

“We assure the public that the case can be refiled against WellMed because it was dismissed only on a technicality and there will be no double jeopardy,” Roque said.

“We call on the new management of the PhilHealth to appoint a more competent Senior [Vice President] for Legal Services,” he added. /kga