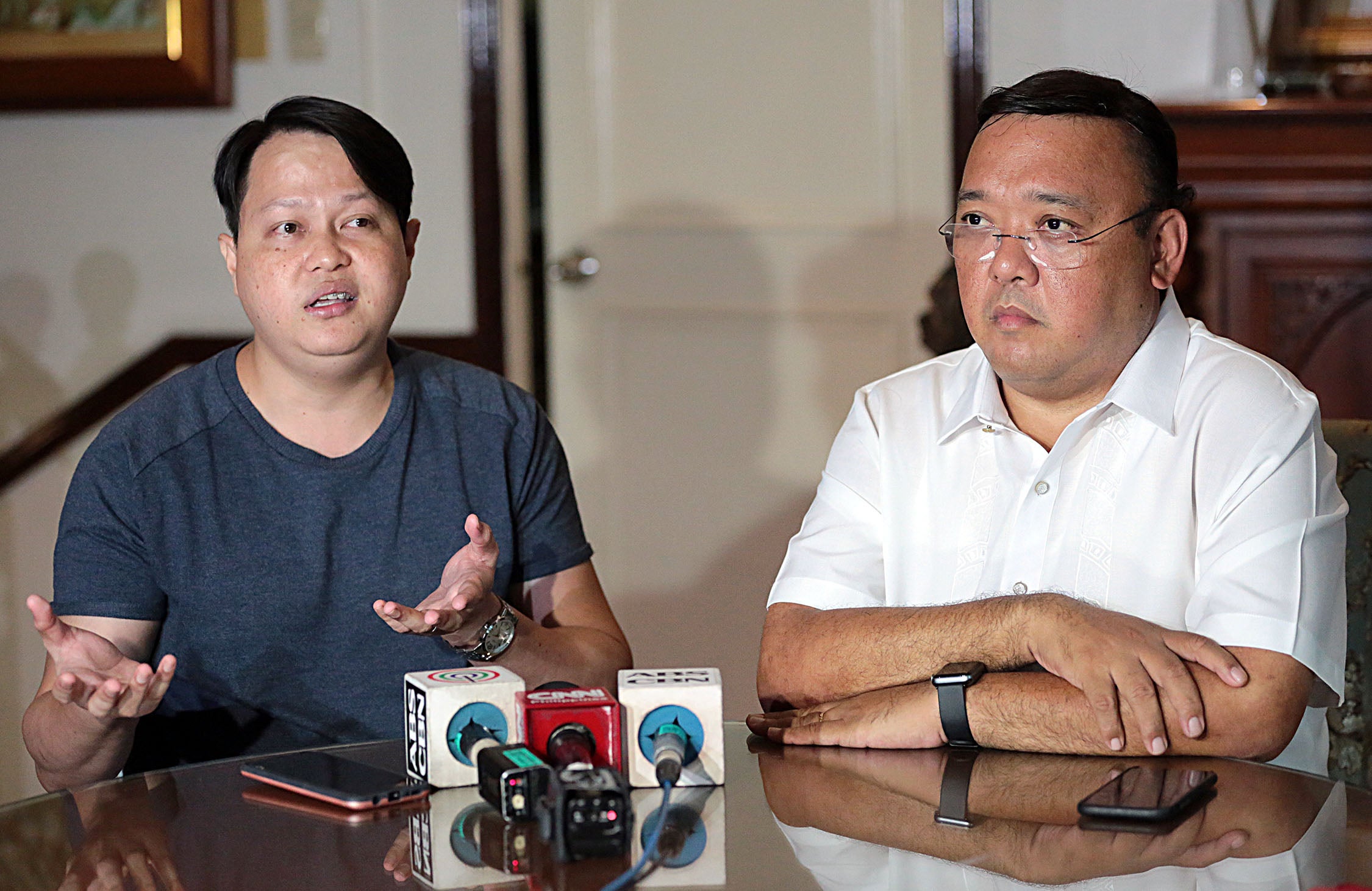 WHISTLEBLOWER Edwin Roberto says in a press conference called by lawyer Harry Roque that he and another former WellMed employee sought assistance and protection from PhilHealth but were rebuffed. —GRIG C.MONTEGRANDE

Philippine Health Insurance Corp. (PhilHealth) on Thursday said it had filed 28 administrative complaints against the private dialysis center in Novaliches, Quezon City, that was exposed for claiming benefits for “ghost,” or nonexistent patients.

In a press conference on the day the Inquirer published a report about the center’s scheme, PhilHealth officials said misrepresentation and falsification cases against WellMed Dialysis Center and Laboratory Corp. were now up for arbitration.

The state health insurance company said it had also filed complaints against doctors for possible involvement in fraud.

Another 12 cases of fraudulent claims are pending with its fact-finding team, PhilHealth said.

Results of PhilHealth’s preliminary investigation of WellMed confirmed statements of two whistleblowers—former employees of the dialysis center—that the center had been committing fraud by filing claims on behalf of dead patients since 2016.

“We have information that as of February, despite them being accredited, their payments had been suspended,” said Rodolfo del Rosario, chief of PhilHealth’s legal sector.

Officials also said there was a move to withdraw WellMed’s accreditation, pending the resolution of the cases filed against it.

Del Rosario said it would take the arbitration department 45 to 60 days to resolve the cases.

Notified of claims PhilHealth made that it was taking all allegations of fraud seriously, former presidential spokesperson Harry Roque, who is assisting the whistlerblowers, was incredulous.

“This is gross negligence or they are playing blind,” said Roque, who called for the suspension of the Universal Health Care (UHC) Act if PhilHealth could not purge its ranks of those engaged in fraud and corruption.

“Instead of losing our money to the corrupt, let’s suspend the law and start a thorough cleanup of PhilHealth,” said Roque, who sponsored the measure when he was a Kabayan party list representative.

As long as there was corruption, he said, the UHC law would be ineffective.

Opposition Sen. Risa Hontiveros demanded an “urgent and comprehensive” probe of reports that PhilHealth funds were misused to pay for ghost dialysis sessions.

“We cannot allow fraud and greed to impede the effective delivery of health services to the people,” said Hontiveros, vice chair of the Senate committee on health and demography.

Sen. Panfilo Lacson, in a tweet, hailed the whistleblowers for their courage in exposing the irregularities.

Bayan Muna Rep. Carlos Isagani Zarate said the 18th Congress must investigate the matter soon after its opening on July 22.

Bayan Muna will also push for the removal of PhilHealth from the system of payment and let the funds go straight to public hospitals, speeding up treatments, Zarate said.

“We encourage whistleblowers [for similar cases] to come out in the open. Don’t be afraid, we’re here to protect you,” Ferrer said.

He said PhilHealth was instituting administrative measures to deal with fraud in its accredited centers and hospitals.

“The corporation sees the need to sustain a clean slate if others are to treat its antifraud campaign seriously,” Ferrer said.

This includes removing PhilHealth officials and employees involved in systemic cases of fraud.

PhilHealth said 38 of its employees were under investigation for possible involvement in fraud.

It had also begun requiring its members to fill out Claim Form 4 starting March 1 for a more accurate validation of claims.

Ferrer rebutted Roque’s claim that PhilHealth was not dealing with fraud.

Roque made the remarks at his home in Quezon City, where he called a press conference with Edwin Roberto, a former WellMed employee.

Roberto and another former WellMed employee, Liezel Santos, approached Roque for help after resigning from the center over reimbursement WellMed had received from PhilHealth for nonexistent kidney dialysis sessions.

The whistleblowers notified PhilHealth of the irregularities as early as July 2018, but their repeated attempts to seek assistance and protection were rebuffed by the insurance corporation, Roberto said.

“I am accusing [PhilHealth] officer in charge Roy Ferrer of sheer and gross incompetence,” Roque said.

He then dared Ferrer to disclose to President Duterte the list of people against whom PhilHealth had filed charges.

Roque said PhilHealth had aggressively pursued cases against whistleblowers who had testified in Congress about irregularities and corruption in the health system.

Roberto told reporters that he and Santos went directly to the PhilHealth office in Pasig City in January to follow up on the status of their complaints about WellMed, but the visit was futile.

“We were bothered and concerned with our safety, but unfortunately there was no feedback from them,” he said.

They were later informed that a case had been filed against WellMed, but PhilHealth did not provide any supporting documents to prove this. —WITH REPORTS FROM JULIE M. AURELIO AND MELVIN GASCON