Palace distances from Medialdea-Tulfo tiff: ‘That is personal’ 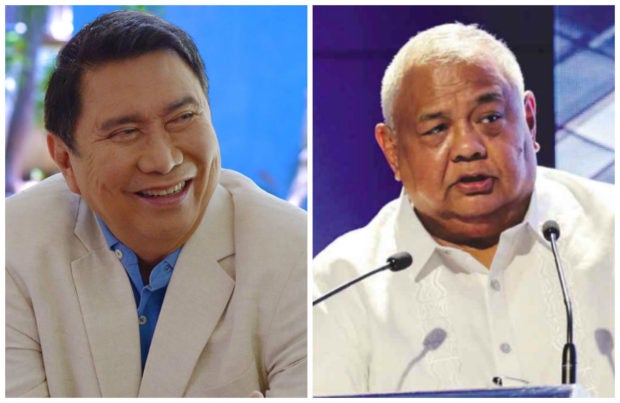 MANILA, Philippines — Malacañang on Monday distanced itself from the spat between Executive Secretary Salvador Medialdea and Special Envoy for Public Diplomacy to China Ramon Tulfo over an alleged malicious article published in The Manila Times.

“That’s between the Executive Secretary and the journalist,” presidential spokesman Salvador Panelo said in a Palace briefing.

“That is personal between the two, so we will not interfere,” he added.

Medialdea filed a libel complaint against Tulfo in June over Tulfo’s May 28, 2019 column in The Manila Times where President Rodrigo Duterte’s special envoy to China cited unnamed sources saying that the so-called Little President and Philippine Charity Sweepstakes Office board director Sandra Cam were in an “unholy alliance.”

Medialdea also vowed to file another libel complaint against Tulfo, this time over a column published on July 25.

The column claimed that the Office of the Executive Secretary was withholding the release of P272.07-million reward the government supposedly owed to a tipster who provided information to authorities about smuggling in Mariveles, Bataan in 1997.

Tulfo dismissed as mere “harassment” Medialdea’s libel complaint against him, adding that he can back up all his claims.

“I can back up everything that I have said in my column. In fact, ako po ay isang responsableng mamamahayag at hindi po ako magbibintang-bintang o magsusulat ng mga facts na hindi ako sigurado o wala akong pinanghahawakan na mga dokumento,” he said.

READ: Tulfo cries ‘harassment’; tells Medialdea not to be ‘onion-skinned’